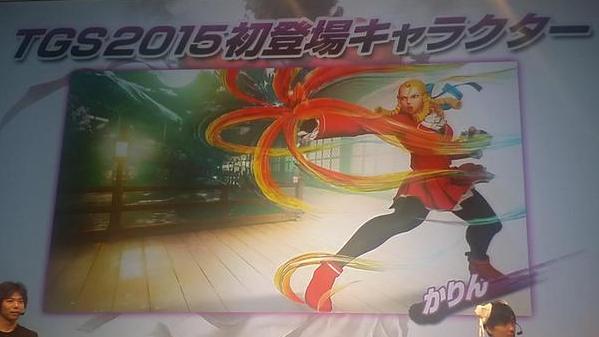 Capcom just confirmed during a stage show at TGS 2015 that Karin is joining the roster for Street Fighter 5.

As reported by IGN, Karin topped a Japanese poll as the most requested character to be in the new game. People who wanted her in the game can now celebrate the fact she’s now been confirmed.

Karin looks pretty good and is faithful to her original appearance in Street Fighter Alpha 3. This is unlike Ken who has had a total makeover for some reason in the new game. The fifth game is shaping up to be an Alpha reunion of sorts.

With Karin now confirmed, it will be interesting to see if Sakura will be added to the game too. Sakura is a rival of Karin since both fighters are school girls.

Street Fighter 5 releases in 2016 for the PS4 and PC platforms. Capcom promises all fighters can be unlockable by playing through the game itself earning in-game credits. There is likely to be more characters coming post-launch.