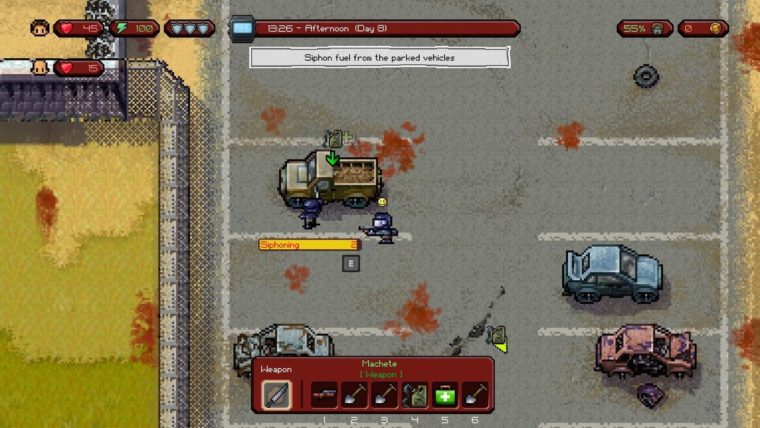 The Escapists The Walking Dead now has a release date of September 30th for Xbox One and PC. The game is a mashup title that joins the prison escape gameplay of The Escapists with the universe and story of Robert Kirkman’s Walking Dead comics. “Team17, working in close collaboration with Skybound Entertainment, have taken the very best of both worlds, featuring panels, dialogue and the story of the award-winning comic series recreated in the charming 8-bit pixel art stylings of The Escapists.”

Following the timeline of the comics, The Escapists The Walking Dead puts players in the shoes of the iconic Rick Grimes as he tries to lead his group of survivors to safety amidst the zombie apocalypse. There will be “5 levels following the timeline of the award-winning comic including Harrison Memorial Hospital, Greene Family Farm, Meriwether Correctional Facility, Woodbury and Alexandria.”

The story will be portrayed using actual panels from the comics, but recreated in the 8-bit style of The Escapists. In terms of gameplay, there will apparently be a robust crafting system, “choosing from over 250 materials, you’ll need to craft more than 70 different items to keep your survivors safe including tools like cutters and shovels and weapons such as the modified pistol and rifle.”

The Escapists The Walking Dead hits Xbox One and PC on September 30th.

The Escapists The Walking Dead
We're Looking For Contributors