The Evil Within 2 Unveils The ‘Gruesome, Giggling Guardian’ Gameplay

The latest news in the world of video games at Attack of the Fanboy
August 31st, 2017 by Jelani James 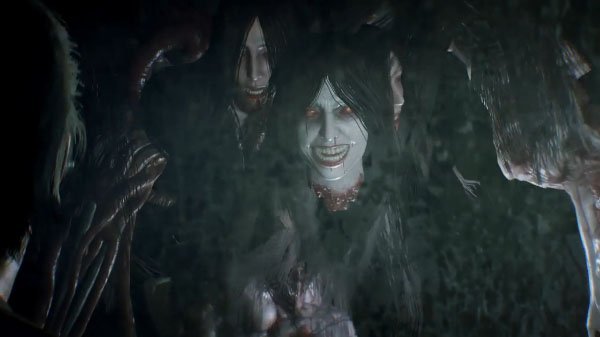 The Evil Within 2, sequel to 2014’s The Evil Within, arrives in two months, and in preparation for the launch, Bethesda Softworks and Tango Gameworks has revealed some gameplay in a video titled, “The Gruesome, Giggling Guardian.”

This video is from the game’s beta and occurs during Chapter 2, so its actually very early in the story. Amusingly enough, the video is only five minutes long, but the intensity of the chase sequence makes it feel like the entire thing was considerably longer.

Everything begins normal enough (or as normal as things could be in The Evil Within series), when Sebastian is walking along a corridor, crawls through a space in a fence and eventually comes across a slew of corpses hanging from the ceiling (again, this constitutes as normal). However, things soon take a turn for the worse when he enters a door and finds Stefano Valentini (the artist from the previous trailer) lying in wait with a camera in hand. Sebastian immediately finds himself teleported outside the room once his photo is taken and finds a glass wall with a photo of himself. The photo itself gives Sebastian some concern, but not as much as the woman who he saw in the glass, yet isn’t there when he looks behind him.

Of course, this is when things take a nose dive.

Upon looking at the wall again, Sebastian finds a giant monstrosity made up of all the corpses he previously saw staring him in the face. This creature is known as the Guardian and one of its hands is a buzz saw made for Sebastian’s “pleasure.” This inevitably leads to a chase sequence that spans several corridors, a room and some ventilation shafts. The vent section is particularly interesting because it appears that while the Guardian can’t see Sebastian, it can still hear him and will periodically hit the vents with its buzz saw if he stays in one place for too long. After dropping down from the vents, Sebastian is hardly offered a chance to catch his breath before the Guardian catches up to him once again, leading up to one final chase scene down a corridor that ends with Sebastian making his escape.

The video ends there, but it surely isn’t the end of Sebastian’s relationship with the Guardian. As we’ve come to learn from the original The Evil Within, creatures that Sebastian usually runs away from in one chapter, usually wind up as bosses at some point or another.

The Evil Within 2 releases worldwide for PlayStation 4, Xbox One, and PC on October 13.