The Evil Within Release Date Moved Up By One Week 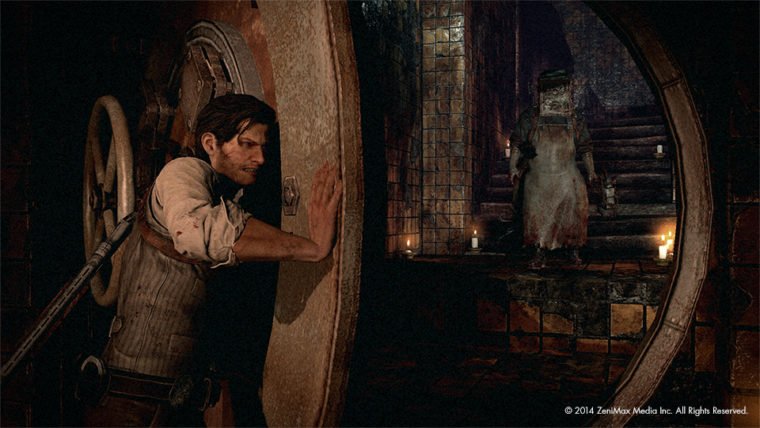 The Evil Within will now release on October 14th instead of its previously planned date of October 21st. The move was announced on Twitter late yesterday by the game’s official account. This is the second release date change for the title, having been delayed a few months ago from August to October.

The Evil Within has had its release date moved up by a week, putting it closer to tons of competition

That move put it right in the middle of one of the biggest game release months we’ve ever seen. With this latest change The Evil Within will arrive only one week after fellow survival horror game Alien Isolation. Along with Alien, The Evil Within will face stiff competition from Super Smash Bros. for Nintendo 3DS, Dragon Age: Inquisition, Borderlands: The Pre-Sequel, Battlefield: Hardline, Evolve, Civilization: Beyond Earth, Assassin’s Creed Unity, and Sunset Overdrive.

Given that The Evil Within is meant to be the return of Resident Evil creator Shinji Mikami to the relatively niche survival horror genre, it is possible the game will still be able to find its audience. Consumers only have so much time and money they can devote to gaming though, so having all of these games come out so close to each other will likely eat into sales for some titles. The most unfortunate scenario that I can imagine is that this game doesn’t sell well enough, leading Bethesda to conclude that the genre isn’t worth pursuing anymore.

The stiffest competition that The Evil Within will likely face is from Alien: Isolation. Both of them are meant to be survival horror revivals, just for different reasons. As stated, The Evil Within’s big draw is the return of Shinji Mikami. Alien: Isolation is meant to bring the Alien franchise back to its original roots with the 1979 film. It is highly likely that there is a fair amount of cross-over between fans of Alien and fans of Mikami’s work, such as the original Resident Evil games.

We’ll just have to wait and see how this all turns out. After playing the two games at E3 2014 I have become very excited to play them both once they come out. Gamers who wish to play both will just have to hurry up and finish Alien: Isolation within a week if they want to hit The Evil Within when it arrives on October 14th for PC, PS3, PS4, Xbox 360, and Xbox One.