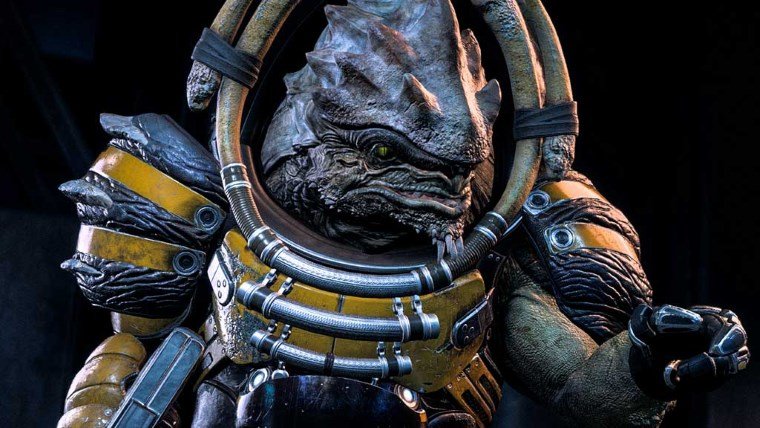 After surprising everyone with its quality entry in the previous game, Mass Effect: Andromeda multiplayer has become a big part of many player’s time with the game. The game just hit a few days ago, and today sees the release of the very first Mass Effect: Andromeda multiplayer event. Featuring actual story elements, the first APEX Mission is called “Drack’s Missing Scouts”, and you can check out some gameplay of it below.

The mission can be started within the multiplayer area of Mass Effect: Andromeda, or within the APEX selection screen within the single player campaign. It will go live some time today, in fact it might be live already so check it out if you want to play through it. And do so soon, because this APEX Mission will stop on March 27th. There will be more in the future, so keep an eye out for those announcements as they come.

Mass Effect: Andromeda has been a contentious release, especially when you look at the overall prestige of the series. The original trilogy was seen as a masterpiece, though some view the different entries as having various problems, with ME3’s ending being cited as a major sticking point for many. Andromeda has been criticized for many failures, especially in the story and various technical problems, such as subpar facial animations.

Bioware has said they are looking at fan complaints and future updates to Mass Effect: Andromeda could address their concerns. The story likely won’t be changed much, but future DLC expansions could expand on the plot, offering something different from what was encountered in the main quest of Andromeda.

With all that said, the multiplayer is seen by most as the best in the series, so if you just want the shoot-em-up gameplay then you can’t go wrong here.