The Latest DLC for Two Point Hospital, A Stitch in Time, is Now Available

Things get a little prehistoric in the new DLC. 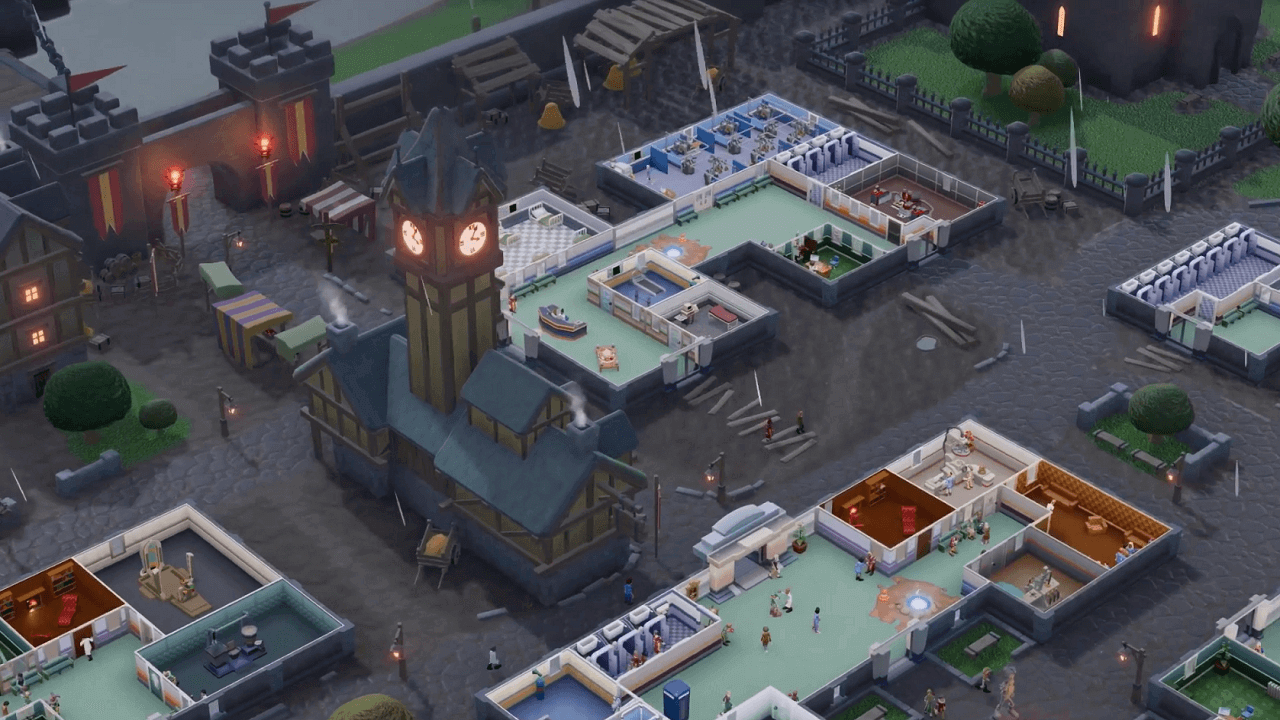 Two Point Hospital and its subsequent DLCs have always breached the more wacky side of things. From all the bad puns and weird anomalies that have experienced, it’s definitely made a name for itself through the weirdly hilarious. As you may have expected, the following DLC is no different. Two Point Hospital’s latest DLC, A Stitch in Time, is now available on PC through Steam! You can check out the wacky trailer for this DLC below.

A Stitch in Time, as the name implies, looks to bring Two Point Hospital to some rather interesting points in time. Thanks to the use of Captain Yesterday’s new Yesterizer (who comes up with these names?), you’ll be looking towards three hospitals from very different points in time. These include a pristine hospital within the medieval town of Clockwise, the Prehistoric patient curing facility within Clockwise-before-Thyme, and the futuristic facility of Clockwise-above-Thyme. Needless to say, three distinct towns with plenty of distinct patients.

It wouldn’t be an adventure through time travel without new illnesses! A Stitch in Time introduces 13 new illnesses along with 34 non-visual ones as well. These can include things from a Jester Infection, Beheadedness (did the medieval times ever get dark), Wooly Man-Mouth, Dino Sores, and many more. These are of course supplemented by plenty of time traveling decorations to spruce up your hospital. Whatever period of the three is your favorite, A Stitch in Time has plenty of decorations for it.

All around, a solid Two Point Hospital DLC that should prove to be a ton of fun. It’s unknown when this time-traveling adventure is coming to consoles but when we know, we’ll be sure to let you know! For now, will you be dabbling in the ancient times with A Stitch in Time? What’s your favorite DLC that’s been released so far? Let us know in the comments below.

Two Point Hospital is available on PC, PS4, Xbox One, and Nintendo Switch.