The Legend of Zelda: Twilight Princess HD To Have Gameplay Improvements For Epona And Other Elements

The latest news in the world of video games at Attack of the Fanboy
January 31st, 2016 by Damian Seeto 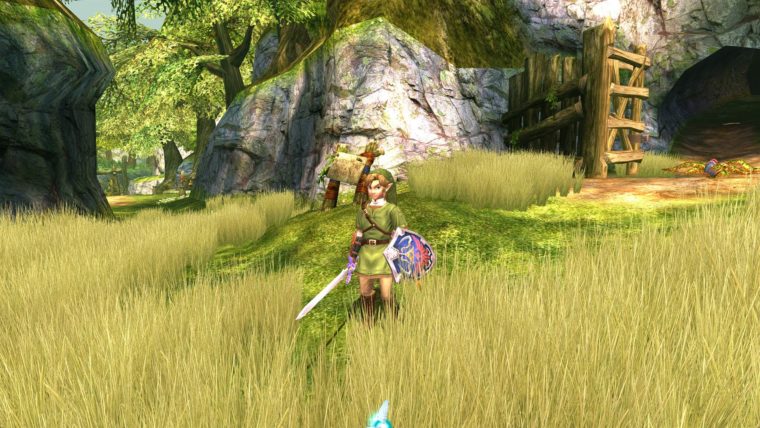 The Legend of Zelda: Twilight Princess HD for the Wii U is more than just a simple remaster because the game will have many improvements over the original game. The improvements include how players ride on Epona plus there are other areas the developer made on top of this.

Gamemaster magazine interviewed Eiji Aonuma who is the producer for The Legend of Zelda: Twilight Princess HD. He commented on some of the many changes he and his team made on the remaster. The game offers more than just a visual upgrade from the sounds of things.

In regards to Epona (Link’s horse), Aonuma says that she is a lot easier to handle than before. Link also has better mobility when he is swimming in this new version of the game. He said: “Looking back now, getting the controls for both land and water just right has proven to be a big challenge throughout the series”

Aonuma also mentioned a huge change regarding chests in the HD version: “In the original, if your wallet was full and you opened a chest that contained Rupees, the Rupees would remain in the chest and its lid would close. The problem here being that in previous games players used open chests to know they’d visited a location, and this change meant they could no longer do that. Aonuma and his team considered this and re-implemented chests that remain open after you interact with them”

Hopefully the changes that have been made to The Legend of Zelda: Twilight Princess HD won’t be too upsetting for hardcore fans. It’s good to know that Nintendo made some actual changes outside of just making the graphics slightly better than before.

Home / Game News / The Legend of Zelda: Twilight Princess HD To Have Gameplay Improvements For Epona And Other Elements