The Saga Continues: Battlefield 3 vs Call of Duty Modern Warfare 3 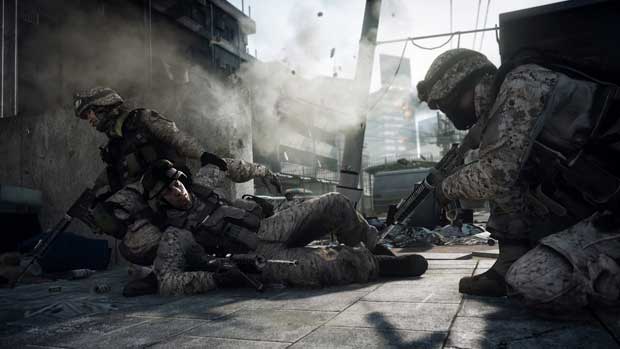 Again, EA takes a moment out of their day to tell us about the joys of competing for billions of dollars with your peers.

EA’s Frank Gibeau sat down with our source to outline what he thinks will be a fun time this Fall in the war of what may be, the two best first person shooters of the year.

“As far as the Battlefield 3 versus Call of Duty battle this fall, this going to be fun, the EA Games claimed in the interview. “We have a stunning game built on a brand new engine that will leap frog us forward in the FPS category. The executive and passionate gamer had been asked whether he’d be cut if Battlefield 3 fails to outperform other top shooters.”

“Of course I take it personally. Launching a game is like opening day of a movie you produced, or walking to the mound in the World Series,”  You’re surrounded by a team and every individual has skin in the game – every one of us has a deeply personal reaction to every review and every fan comment on the forums.”

Something tells me that gamers are going to find it in their hearts to purchase both this November, but recent analyst claims put whatever Activision releases this fall, as outselling Battlefield 3 by a landslide.