The Ultimate Final Fantasy XIV Cookbook is Coming this November

But does it give you real-life stat boosts? 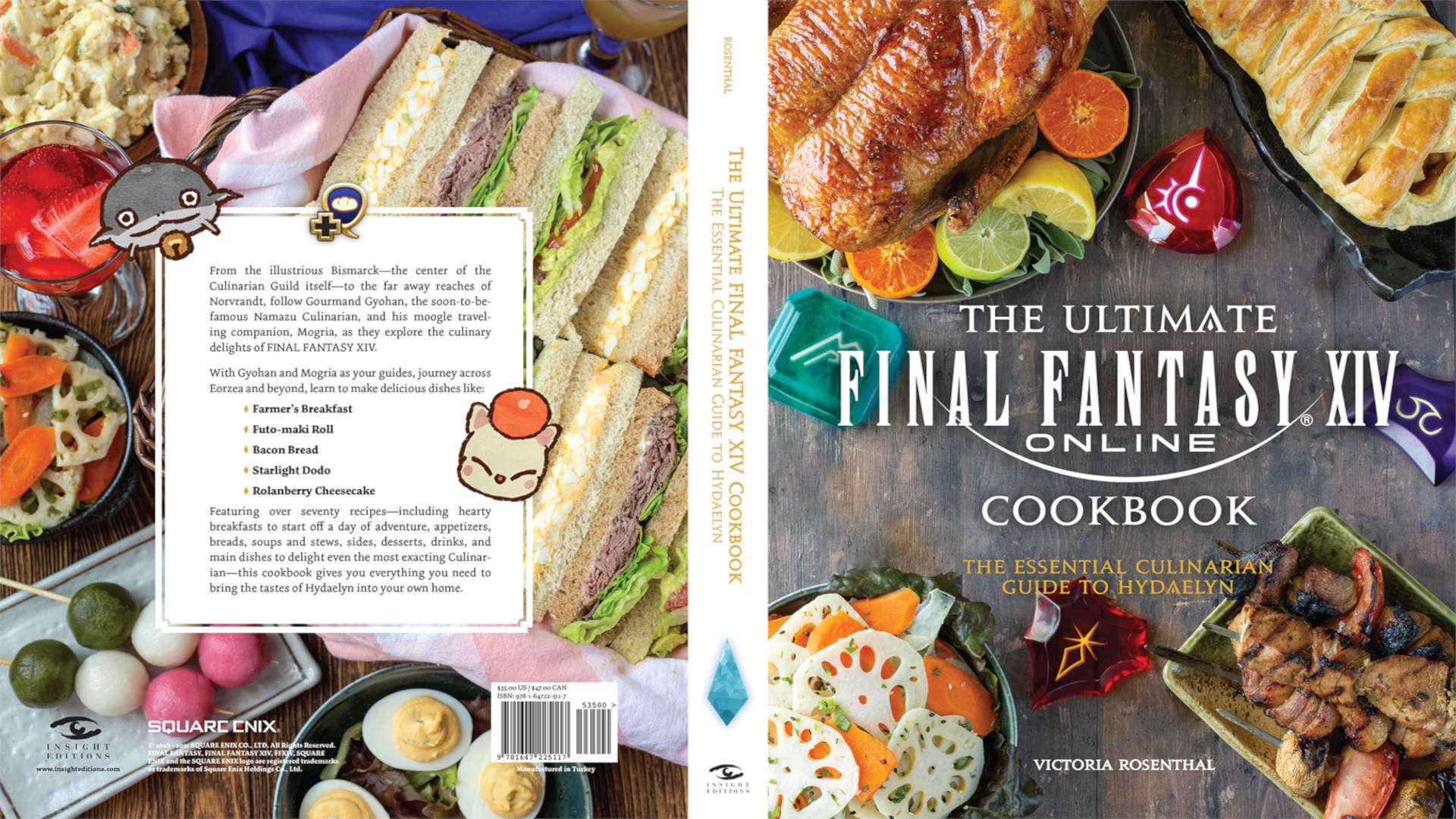 Final Fantasy XIV has a lot of in-game recipes that its Culinarian job can craft in-game. Seriously, there are A LOT of them.  While there have been many faithful real-life fan re-creations of the in-game treats, nothing official has been come from Square up until now. The Ultimate Final Fantasy XIV Cookbook is set to meet that need with its reveal earlier today, August 4th. The official cookbook will release this November 9th with preorders live now and includes how to make Coffee Biscuits as well as Rolanberry Cheesecake. To make sure everyone is aware of its blatant video game roots, Square released a trailer to highlight this tome of in-game goodies.

Of Authors and Fire Crystals

The Ultimate Final Fantasy XIV Cookbook weighs in at a hefty 192 pages penned by Victoria Rosenthal. Rosenthal has a long pedigree of video game-themed cookbooks. To date, they have written official cookbooks for Street Fighter, Destiny, and Fallout to name a few. Each of these books has very positive reviews on Amazon so it seems that FFXIV’s real-life food interpretations are in more than capable hands.

According to the official press release accompanying this announcement, the cookbook will also include a foreword written by FFXIV’s director Yoshi P (Naoki Yoshida) to add that extra oomph an FFXIV product deserves. In terms of the recipes themselves, a few of the sample pages shown so far include breakfast foods, appetizers, dinner entrees, baked goods, and even some alcoholic beverages for those needing a drink while they raid. It seems it will cover quite a range of culinary araeas for fans making it possible to have a full day with every meal being FFXIV food.

The Ultimate Final Fantasy XIV cookbook is available for preorder now with Gamestop offering an exclusive cover for their establishment. The expected MSRP is $35.00 USD.

Final Fantasy XIV is available on PC, PlayStation 4, and Playstation 5. The current in-game event, Make it Rain 2021, will end August 11, 2021 at 7:59 a.m PDT so be sure to check out our Great Horn Heist guide and snag the emote before the quest is gone forever.