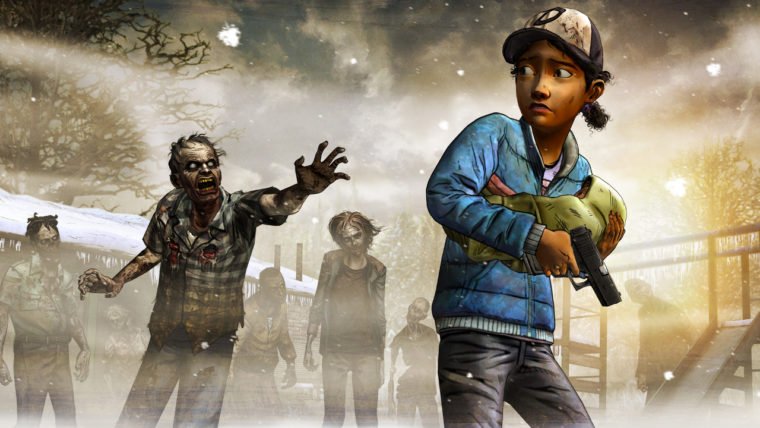 Telltale has finally released the first full trailer and the release date for The Walking Dead Season 2: Episode 5 “No Going Back” which will act as the season finale for the series. The trailer was promised to be special, and Telltale delivered with more than five minutes of footage to get you pumped for the concluding episode to this excellent season. There are no spoilers for the upcoming episode, but you should be wary if you aren’t at least caught up, as events from The Walking Dead Season 2: Episode 4 “Amid the Ruins” and before could be spoiled.

Your choices will decide Clementine’s fate in the gripping conclusion of The Walking Dead: Season Two.

The biggest part of the trailer for longtime fans starts around the 3:50 mark. Here we get an exclusive scene that might not even feature in the game. It flashes back to before the first season and shows Clementine at her house with her babysitter. Seeing this character’s beginnings and comparing it to the one that has featured throughout The Walking Dead Season 2 is truly amazing and a testament to what Telltale has done with the character.

The Walking Dead Season 2: Episode 5 will pick up right after the cliffhanger that players were left with at the end of last episode. The official synopsis reads, “winter is setting in. Time to find food and shelter is running out. And with a newborn infant to sustain, walkers are a greater threat than ever. As pressure builds and tensions reach breaking point, your choices will decide Clementine’s fate in the gripping conclusion of The Walking Dead: Season Two.”  A third season has been confirmed, so there is more Walking Dead to come. Whether or not we will continue controlling Clementine is the big question, but I think Telltale has put too much work into the character for her to disappear now. Of course, I have said that before about characters in multiple versions of The Walking Dead, so who knows.

Telltale also shared the release schedule for the season finale, with it coming much earlier than many anticipated. The Walking Dead Season 2: Episode 5 will hit PC and Mac on 8/26, Xbox 360, PS Vita, and PS3 on 8/27, and iOS on 8/28. Android, PS4, and Xbox One versions will come at a later date.