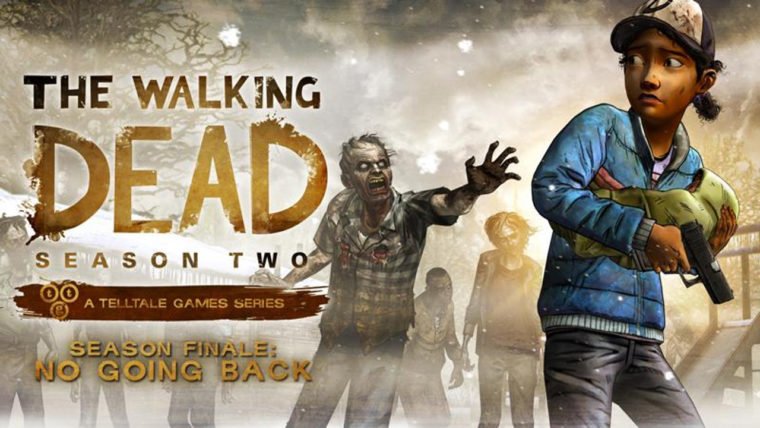 All this week Telltale has been ramping up anticipation for their upcoming season finale The Walking Dead Season 2: Episode 5 “No Going Back”. They have been asking fans who “their Clementine” is using the hashtag #MyClementine. It all culminated today with a tweet that released the first teaser image from The Walking Dead Season 2: Episode 5 and asked fans a new question, “who will YOU become?”

“Who will YOU become?” The Walking Dead Season 2 Finale: ‘No Going Back‘
Special Trailer Coming Soon!

The teaser image, which can be viewed above, seems to share a lot about the story of the season finale episode to the popular point-and-click game. If you aren’t caught up on the series then let this be your spoiler warning. The Walking Dead Season 2: Episode 5 will pick up right after the explosive cliffhanger from Episode 4 “Amid the Ruins”.

As we last left Clementine, she and her group were being held at gunpoint by a bunch of other survivors. Guns went off and the screen cut to credits. Who will make it out of the gunfight alive is a big question left as we head into Episode 5. It seems like along with the obvious survivor of Clementine, Rebecca’s baby made it out with Clem possibly tasked with taking care of the baby alone.

The tweet also promised the release of a “special trailer” which should be coming soon. This trailer should focus solely on The Walking Dead Season 2: Episode 5, unlike the last trailer which only gave a quick sneak peek. This all fits with Telltale’s usual release schedule leading me to believe the finale episode should be released within the next week or two. This would be a bit early, with most speculation pointing to a September release date, but Telltale is never one to hold back when they are ready to release.

Thankfully this will not be the final release for Telltale’s The Walking Dead series, as they have confirmed an eventual release of The Walking Dead Season 3. Whether Clementine will survive this season and make it to the next should be known soon.

UPDATE 2: The full five minute trailer and the release date for the season finale are available right here.