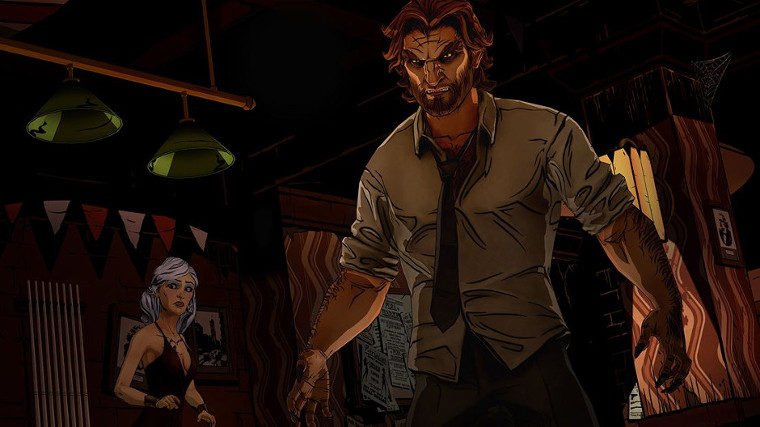 At San Diego Comic-Con 2017, Telltale Games finally announced what fans have been asking for for years: a second season to The Wolf Among Us. Though fans might insist that the first season ended on a bit of a cliffhanger, Telltale insists otherwise. This could also indicate that we may be seeing other time frames explored within the Fables universe, as teased by Telltale Head of Creative Communications Job Stauffer.

In interview with PCGamesN, Stauffer began by saying that the ending to The Wolf Among Us is “absolutely not a cliffhanger.” Instead, “It’s an ambiguous ending that’s left open to interpretation.” Stauffer elaborated with, “It’s not out of character for the noir genre to explore a femme fatale ending of sorts, which is largely in the eyes of the player to decide what really happened.”

“We don’t think continuing on with ‘ok, here’s what happened’ after you went after this person, or after you took a drag of your cigarette and walk away… I mean, wow, that’s an ending, let’s leave that as something to talk about,” said Stauffer.

Since it seems fairly clear that The Wolf Among Us 2 will not continue that particular narrative—though Stauffer said that the company has not committed as to when it will be set as of yet—Telltale is free to explore any point within the universe in part thanks to Fables’ wealth of lore and content.

“The Fables world has a rich history of thousands of years worth of lore and we can explore any number of times in their lives, or we can explore more in the timeframe where we saw them in season one,” he explained. “Starting with a new story and starting something that… I don’t want to say takes them in a different direction, but gives you another slice of their long and complicated history. I think that’s going to be most interesting.”

The Wolf Among Us took place in modern-day New York City, but the magical lands where the Fables originated from was brought up more than once. The Homelands, as it is referred to, was the home of these fairytale beings until they were forced to escape a tyrant known as the Adversary. It’s possible that we could get to play during this time in The Wolf Among Us 2, or at least visit this location.

Let us know in the comments when and where you’d like The Wolf Among Us 2 to take place.