Thousands Wait in Line in Japan to Buy Nintendo Switch

The latest news in the world of video games at Attack of the Fanboy
July 17th, 2017 by Dylan Siegler 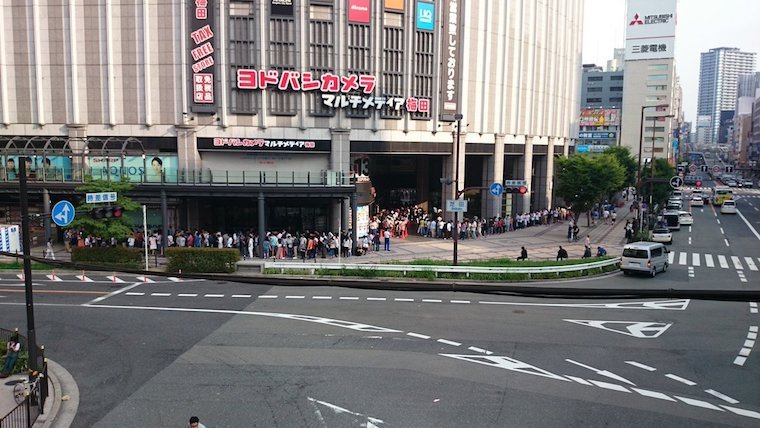 Nintendo’s newest console, the Switch, came out in March and has been in short supply ever since. Apparently, the console ended up being much more popular than Nintendo had anticipated, which led to the Switch selling out everywhere and new shipments coming in scarcely.

One of the most recent, and most extreme, examples of the turmoil this Switch shortage has caused is the Switch raffles in Japan, as reported by Kotaku. Apparently, earlier today (July 17) there was a line at the Yodobashi Camera in Akihabara in Tokyo that had over three thousand people in it. The store, however, only had two hundred fifty Switches. At the Yodobashi Camera in Umeda in Osaka, twenty-one hundred people waited in line for two hundred Switches.

Apparently, in Japan, when there are shortages of video game consoles, retailers don’t sell them on a first-come-first-serve basis. Instead, everyone waits in line for a number and then there is a raffle. So those looking to get a Switch don’t need to wait overnight to make sure they’re the first one there, since when you arrive doesn’t matter as long as you can get in line. Once in line, however, you would still need to wait potentially hours to get your number and wait for all raffles to take place. And all the while you have to wait in the hot and humid Japanese summer heat. Kotaku states that many people have said that waiting in line for a Switch in Japan is “hell.”