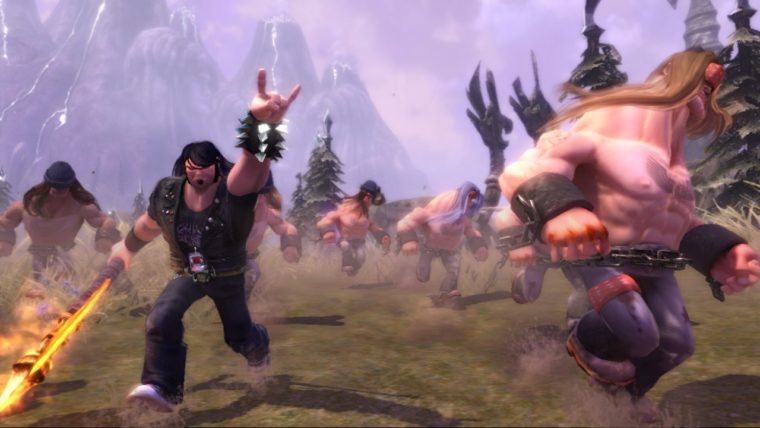 Double Fine’s Tim Schafer is interested in making Brutal Legend backwards compatible for the Xbox One console. It remains to be seen when exactly the game will be playable on Xbox One though.

A fan asked Shafer on Twitter if Double Fine were interested in making Brutal Legend Xbox One backwards compatible. Schafer replied with: “I think it would be cool too!”

Microsoft usually needs to get permission from the developer or publisher in order to make an Xbox 360 games backwards compatible for the Xbox One console. Since Double Fine’s own Tim Schafer is interested, this is one step closer for Brutal Legend to be backwards compatible.

The problem that a game such as Brutal Legend might face is licensing. The game featured a ton of celebrities as Jack Black played the main star. The game also featured other famous names including the likes of Lemmy Kilmister, Rob Halford, Ozzy Osbourne, Lita Ford and Tim Curry just to name a few.

Microsoft’s Phil Spencer mentioned January’s Xbox One backwards compatibility game list should be announced very soon. They are waiting for the last few games to get cleared before making the official announcement. New games are to be added each and every month.