The latest news in the world of video games at Attack of the Fanboy
December 27th, 2016 by Kyle Hanson 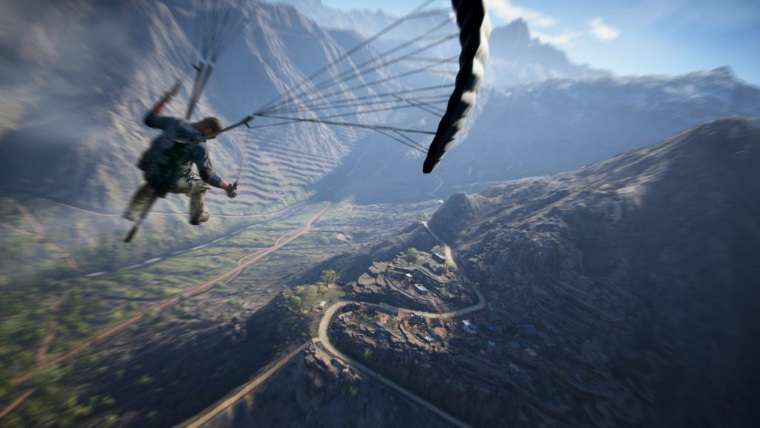 Tom Clancy’s Ghost Recon Wildlands is looking to provide a huge open world for gamers to explore and tactically murder people in. The game changes up the series in a lot of big ways, but its map seems to be one of the biggest, in both scope and literal size. Ubisoft has given us a nice new breakdown of this epic map, calling it “one of Ubisoft’s biggest yet.” Considering the publisher’s history with open world titles, that’s a pretty bold claim.

Set in Bolivia, Tom Clancy’s Ghost Recon Wildlands offers players both realistic action and beautiful scenery. “Not only does its coca-plant industry, and the implications that has for drug cartels, make it an ideal setting for a Tom Clancy game, but it’s also a place of great natural beauty that offers a diversity of environments seen in few other places on our planet,” says Ubisoft’s Senior Communications Manager, Giancarlo Varanini.

Using a real world location for a video game always offers its own set of benefits and challenges. The developers need to respect the setting, presenting it in a realistic fashion, while keeping it designed in a way to maximize enjoyable gameplay. The team sought to recreate a number of real landmarks from the area, “things that would tie the virtual version of the country to the real-world one in more subtle ways. To do that, they traveled to Bolivia and spent weeks travelling the country, snapping photos, taking video, and speaking with people,” explained lead artist for Ghost Recon Wildlands, Benoit Martinez.

But physical locations weren’t the only part of Bolivia that the team looked to recreate. They also wanted to mirror the lives of the people there, so they went out and talked to them. “It was so important for us to learn about [this country],” Martinez adds. “We came back with something like 15,000 pictures and 10 hours or more of video. It took us more time to sort out all the references from Bolivia than to take the actual pictures.”

As a result of all of this work and attention to detail, Ghost Recon Wildlands features “11 different biomes, ranging from arid desert and mountains to dense, humid jungle, along with 150 specific locations that include villages, outposts, and landmarks.”