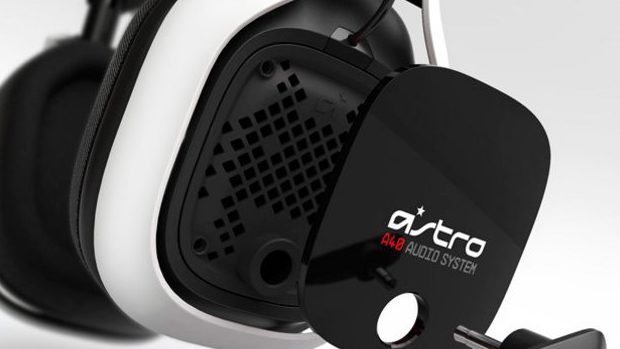 There’s a lot to choose from when you going down the road of picking a headset for your gamer.  Sure you can get them a standard set, but many gamers need a microphone to talk with their friends, and taunt their enemies.  Some of the best headphones are quite expensive but that’s all relative to the satisfaction and enjoyment that they will likely recieve from them.  Plus it’s a win/win.  Your living room doesn’t turn into a warzone everytime the console is fired up, and your neighbors will stop banging on your walls as well.

Some of the best in breed in this category come from the likes of Triton, Turtle Beach, and Astro Gaming.  These companies offer a wide array of solutions to fit into almost any budget.  Wireless, Wired, Earbuds, and Earcups varieties are all available.  Here are some of the best headsets on the market right now.

Turtle Beach Earforce X41 Wireless Headset -Combining outstanding comfort with a stunning 360 degree sound field and enhanced online communication, the X41 puts you in the middle of the action so you’ll enjoy a gaming experience that’s second to none.  Playing your favorite XBOX game with the Ear Force X41 is like having a “secret weapon” in your arsenal. You’ll get a competitive advantage by hearing sound cues that you can’t hear with speakers, such as the soft footsteps of an enemy sneaking up behind you, or the loading of a weapon far in the distance, regardless of the direction. By hearing sounds others can’t – and by knowing where they’re coming from – you’ll react faster and take them out before they take you out.  If you’re serious about XBOX 360 gaming, get serious about the sound. Invest in an Ear Force X41 and experience the game the way it was meant to be heard. It will help you to become a better player and you’ll have a lot more fun enjoying your XBOX 360.

Astro A40 Audio System – The Astro A40 Audio System combines crystal-clear voice communication with pinpoint-accurate 5.1 Dolby Digital and Dolby Headphone surround utilizing the most user-configurable headset on the planet.In addition to the A40 Headset’s removable speaker tags (which are high-quality collectibles in their own right), you’ll find a completely user-configurable microphone boom.  The A40 Audio System includes the external A40 MixAmp, providing Xbox and and Xbox 360 users with combined voice and game sound — ideal for tournament play and discrete “midnight gaming” sessions. A discrete game/voice balance control enables you to find the ideal in-game setting.PC Gamers benefit as well, by offloading surround decoding and voice communication duties to the A40 system. Combine multiple A40 MixAmps and you’ll be provided a private, hands-free, full-duplex voice communication channel — much higher-quality than VoIP systems, with zero network and system lag.

Really you can’t go wrong with any of the headphones listed above.  Our personal favorite is the Astro A40, but each headphone has it’s own pro’s and cons.  The Astro may be a little more expensive than the Triton and the Turtle Beach but it’s a more well rounded solution than the other two.