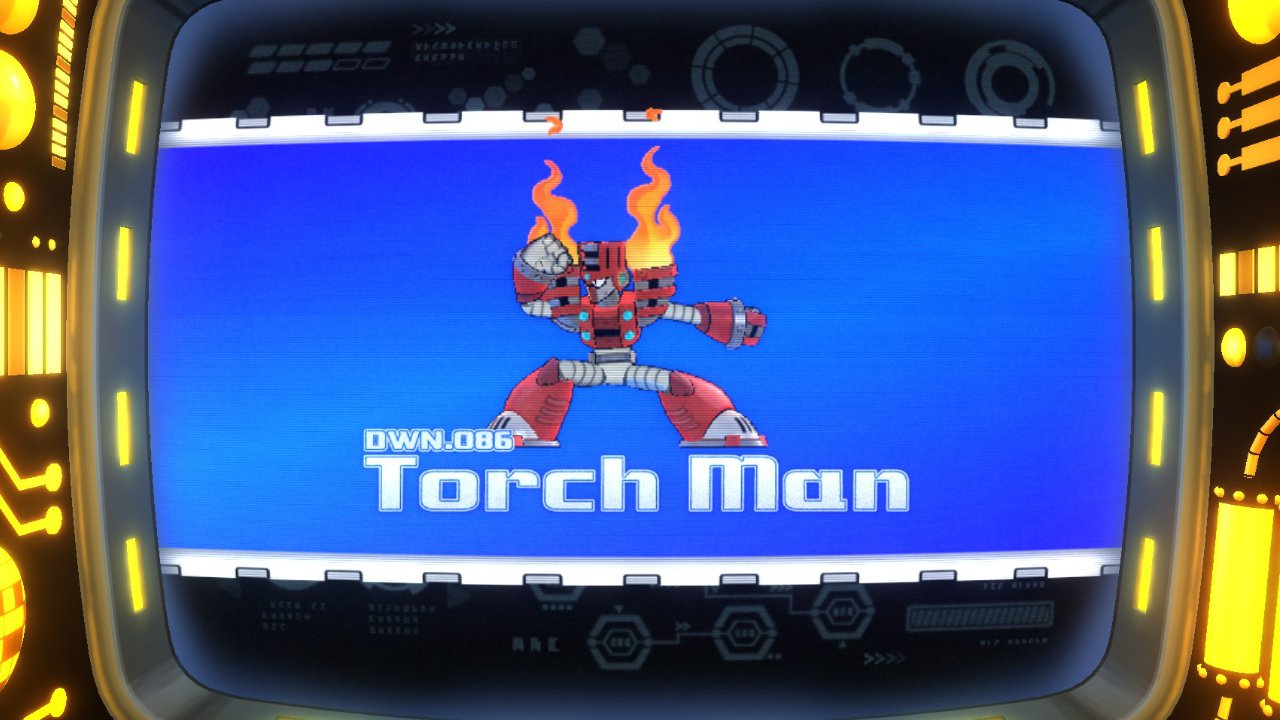 Despite his name, Mega Man isn’t all that “Mega” at the beginning of most of his games. In order to earn that all-important first-half of his name, he needs to go out and defeat one of the many robot masters that Dr. Wily keeps building for some reason. Fans have already gotten a good look at the likes of Blast Man and Block Man, but now it’s time to heat things up a bit. It’s time to meet Torch Man.

Torch Man’s stage is set in an area that, at first, one would think a flame-user would want to avoid: a densely-wooded forest. It seems that Torch Man is smarter than he looks though, as these woods are the perfect place to give the Blue Bomber all sorts of trouble. The stage starts out in darkness, so much so that Mega Man can only find his way thanks to the light given-off by a few handy lantern owls. This only lasts until the mid-boss, a flaming turkey, makes their appearance. The forest eventually gets set ablaze, meaning there’s no going back. A giant wall of flame chases Mega Man forward as he navigates the maze in search of its master.

As seen in the video below, the fight with Torch Man isn’t going to be an easy one. Not only can the flame master shoot large projectiles, but he’s also good at getting in close bringing the pain. Should Mega Man manage to defeat him however, he’ll be rewarded with the Blazing Torch. This weapon fires large fireballs diagonally into the air only to have them come crashing down shortly after. Surely a devastating weapon like that will be invaluable in the trials that still lie ahead.

Mega Man 11 is due out later this year, October 2 to be exact, for PC, PlayStation 4, Nintendo Switch, and Xbox One.