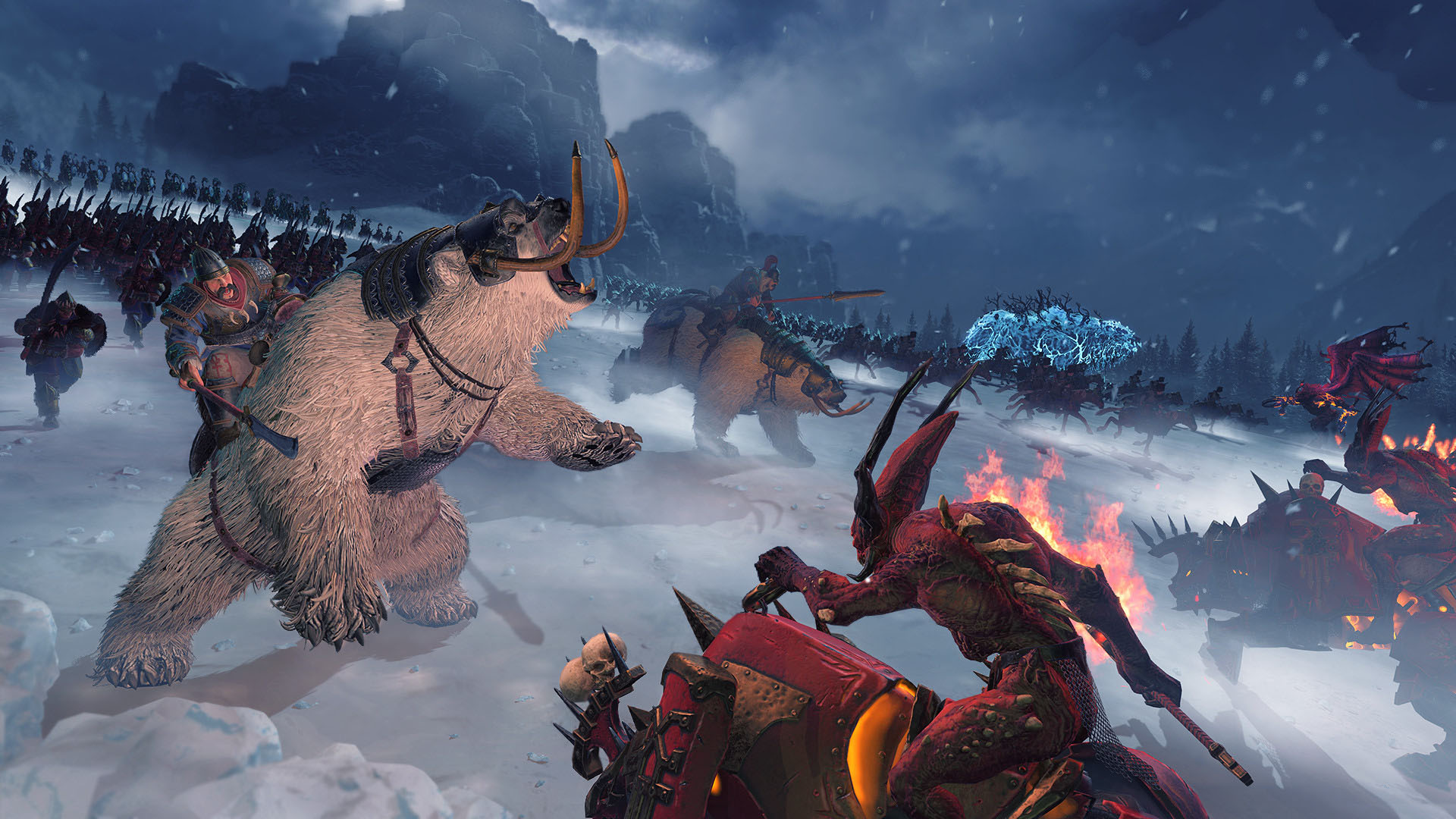 Creative Assembly and Feral Interactive revealed today, on Total War’s official Twitter profile, that Total War: Warhammer 3 will now be released in early 2022. According to the team behind the game, the delay will allow them to give players the best possible experience. On it, they also revealed that they don’t see the release of the title as the final chapter in the Total War: Warhammer trilogy, but the beginning of a period composed of years of new content and support to the series. You can check out the message revealed by the game’s developer below, courtesy of Total War’s official Twitter profile:

We know this is disappointing, but the extra time means we can accomplish more than we could if we rushed to release this year.

We won’t be staying quiet however, join us tomorrow for the global reveal of Grand Cathay… pic.twitter.com/R4GdObAs9P

As we said above, Total War: Warhammer 3 will mark the conclusion of the turn-based real-time strategy trilogy which started with the release of Total War: Warhammer in 2016. On it, players will take control of their forces as they battle in the Realm of Chaos, a place where they will be able to send their armies and conquer their enemies in a world filled with death and despair where their choices will shape the future of all. The game promises to feature 6 different fractions, Nurgle, Slaanesh, Tzeentch, Khorne, Kislev, and Grand Cathay. You can check out the announcement trailer for Total War: Warhammer 3 below, courtesy of Total War’s official YouTube Channel:

You can also check out the game’s gameplay below, revealed in May 2021, where we can see a more thoughtful look at the title’s new mechanics and features, as well as insights from many of its developers on its development and production.