The latest news in the world of video games at Attack of the Fanboy
October 12th, 2014 by Danny Vittore 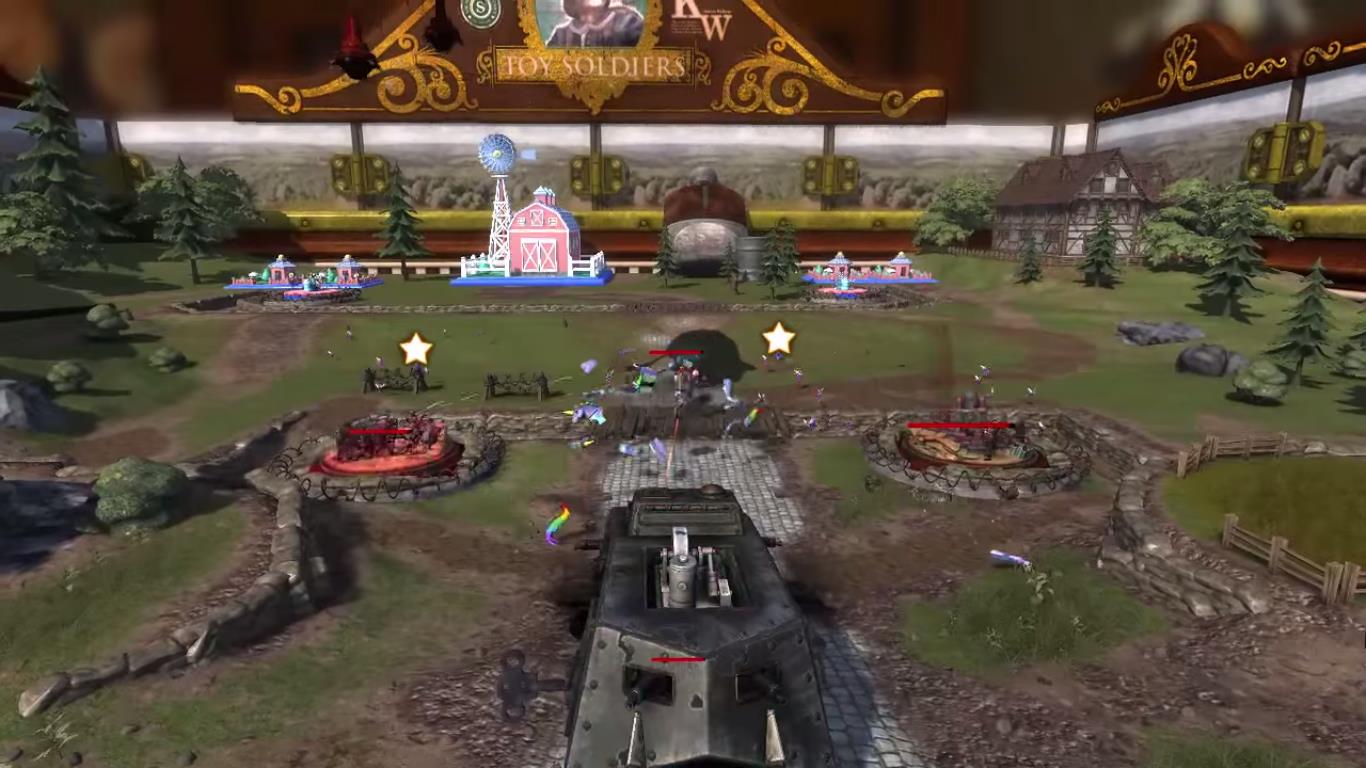 Toy Soldiers War Chest has practically had a trailer (after trailer) come out every week and in all honesty, there was not a significant amount of new information announced in the trailers with a lot of overlap. This trailer also has a lot of overlap with the others as well, but gives us a deeper look at the vehicles for the Kaiser’s and Starbright’s army.

As a reminder, the Kaiser will have the A7V landship, which is a tank, (and modeled on the historical WWI tank used by the Germans) and Starbright will have Pegasus, which is a winged unicorn that shoots confetti bombs and glitter. Pegasus is a flying unit and will even be able to fly outside the boundaries of the map, but it isn’t clear if there is any benefit to doing such a thing in Toy Soldiers War Chest.

The presenter in the trailer also revealed that the animations in the game have been improved so that the soldiers will actually be able to trip over, celebrate together (because they made a good shot) and get stuck in barbed wire, as well as being more intelligent. Map sizes will also vary greatly from smaller maps to “large sprawling battlefields.” Nothing on how multiplayer works yet, but you will hear it first from us when we learn of it.

Are you looking forward to driving around in tanks or riding winged horses in Toy Soldiers War Chest? Let us know in the comments below!