The latest news in the world of video games at Attack of the Fanboy
March 31st, 2017 by Jose Belmonte 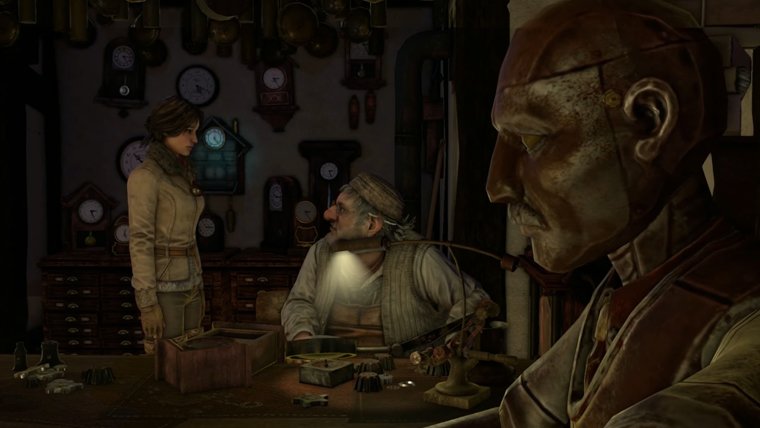 Fans of the Syberia series have been waiting a long time to get their hands on a new entry, but now it seems like they will finally get their wish granted, as a new trailer reveals key story details and more footage of Syberia 3. The game is expected to arrive to PS4, Xbox One and PC this April, and represents a rare case of a classic adventure series lasting more than a decade.

New York lawyer Kate Walker is not done with her adventures in the North of Europe and Russia. The third chapter of her tales finds her getting rescued by the Youkol tribe, who heal her wounds and offer her a new home. The latest trailer for the game shows how Kate is determined to accompany her new friends in their journey to a sacred land, even if that means facing all kinds of human and supernatural enemies, and the return of familiar faces from previous entries.

Fans of the veteran series will be glad to see that the newest chapter keeps all the charming designs and visual style that made the original Syberia and its 2004 sequel two of the most celebrated adventure games by critics and fans of the genre. This signature look has been combined with 3D environments to make the most immersive title in the series yet, as the gameplay footage showcases.

Originally announced in 2009 for the previous generation of consoles, the title has gone through serious development issues, some of them related to the lack of funding. However, since 2013, the project has been progressing at a slow but steady pace, showcasing new footage periodically. While it was expected to arrive at the end of 2016, the increasing attention surrounding the game motivated key artist Benoît Sokal and developer Microïds to delay the release to April 2017, in order to add additional sequences and work on dubbing the game in more languages, including English, French, Russian, Polish, Czech, Korean, Portuguese and Chinese.

Syberia 3 will be released on April 20th for PlayStation 4, Xbox One and PC/Mac, while versions for Nintendo Switch, iOS, and Android are expected to launch in the future.