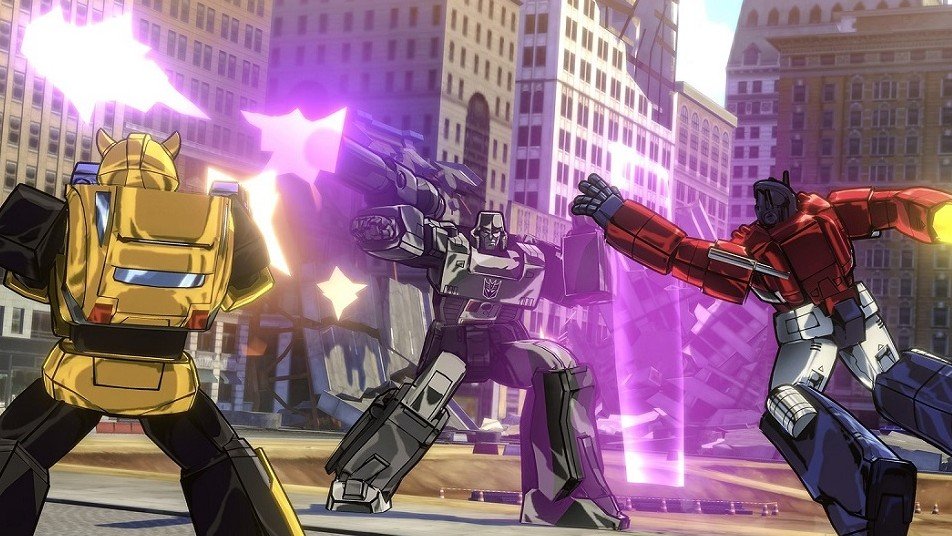 Platinum Games, the developer behind popular games such as Bayonetta 2 and the upcoming Xbox One exclusive Scalebound, have released a brand new gameplay trailer for Transformers: Devastation, including brand new details on the game and characters.

Revealed at E3 2015, Transformers: Devastation travels back in time to the 80s by retaining the classic look and voice cast of the original television show. Similar to other Platinum Game titles, Transformers will include fast-paced gameplay and combos that allow players to quickly transform while in the midst of battle. Many of the voice actors from the show return which include: Peter Cullen as Optimus Prime, Dan Gilvezan (Bumblebee), Michael Bell (Sideswipe), Gregg Berger (Grimlock), and Frank Welker as Megatron and Soundwave.

Transformers: Devastation releases on Xbox One, Xbox 360, PS4, PS3, and PC from Activision on October 6th, 2015. As a huge fan of the original series and the studio, I can’t wait to get my hands on Optimus Prime and roll out (Yeah I went there), while dashing out some justice on the Decepticons. Players will able to switch between modes while fighting in a variety of locations that are both reminiscent and new.