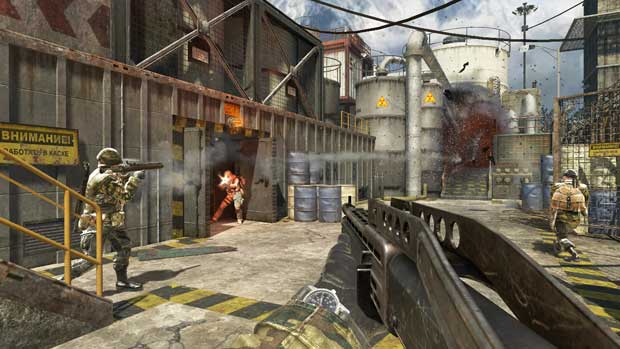 The inevitable will occur this Fall.  Activision will release another Call of Duty game, whether that be a new entry into the Modern Warfare universe or something else, is yet to be announced.  The next game will come from the work of a collaborative team consisting of Infinity Ward, Raven Software, and Sledgehammer Games.  Meanwhile, Treyarch’s sales juggernaut, Call of Duty: Black Ops,  is still tearing up the sales charts having become one of the most popular games of all time.

Enough time has passed for Treyarch to be considering what their next project is, and in a recent interview with OXM, Treyarch didn’t have much to say on the matter.  When asked about the possibility of a Black Ops 2, the community manager for Treyarch told: “Your guess is as good as mine”.  Back in February, Treyarch stated that they would be interested in making a near future Call of Duty game.  Will it be a continuation of the Black Ops story line?  We’re probably going to have to wait a while for the answer to that question, seeing as no details of even the next Call of Duty have been revealed, let alone the next next game in the franchise.

For now, we’ll just have to be satisfied with Treyarch’s focus on extending the Black Ops experience through downloadable content and updates.  The first downloadable content for the game recently released for Xbox 360, PC, and PS3 with Call of Duty: Black Ops First Strike, and  I think it’s safe to assume that more of this content is on the way.

“We’re so happy with Black Ops – it was incredible. Everyone hoped it would have this kind of success. We all knew how well MW2 did [in 2009], breaking all entertainment records, so the fact that Black Ops broke through it for a second year in a row and reset that record was incredible. We’re still really glad that we hit the ground with the DLC when we finished the game, because we knew we wanted to get it back out there.”

But just because they’re happy with the success that Black Ops has and is having, doesn’t mean ideas aren’t bouncing around on what to deliver in Fall 2012.