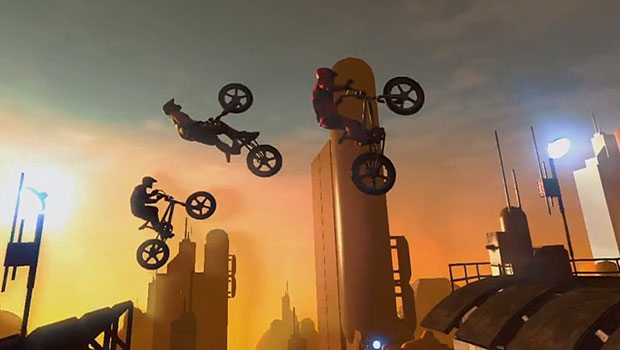 The first DLC for Trials Evolution arrives on October 5th with the Origin of Pain expansion. The new content features 36 new tracks, BMX bikes, amid other new features.

The Origin of Pain expansion will run 400 Microsoft Points, which includes new objects for the game’s track editor mode. Trials Evolution released earlier this year on the Xbox Live arcade, and is one of the highest rated downloadable titles of the year. If Minecraft on the Xbox 360 wasn’t released this to overshadow the success of the sequel from Red Lynx, the launch of trials broke records on the Xbox Live Marketplace.

Look for the content this Friday exclusively on the Xbox 360. Trials Evolution will also be heading to PC in early 2013 with a Trials: Gold Edition that includes Trials Evolution and Trials HD.