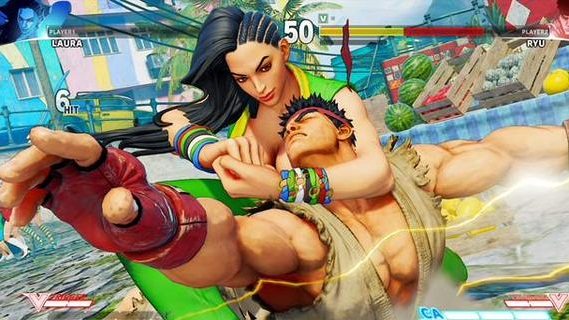 Two new Street Fighter 5 characters have been revealed today. One of them is a fan favorite, the other it totally brand new.

First up, Famitsu prematurely revealed the character you see above named Laura. She is Brazilian and a stage is set in Rio de Janiero. Many people assumed Blanka would be revealed, but this is not the case.

The other Street Fighter 5 character revealed today was Zangief. Zangief is obviously not a new character to the franchise, but he’s always been a huge fan favorite.

Much like R. Mika, Zangief is a professional wrestler and does many grapples. What he lacks in speed, he makes up for it with raw power. He still has his iconic powerbombs. Not to mention he looks the same as always too. This is unlike Ken who is the only returning character that looks totally different.

From my count, 14 characters have been revealed in Street Fighter 5 so far. This means only two more characters are left to be announced. There will only be 16 characters available at launch.