Ubisoft has Many More New Operators For Rainbow Six Siege

The latest news in the world of video games at Attack of the Fanboy
April 6th, 2017 by Al McCarthy 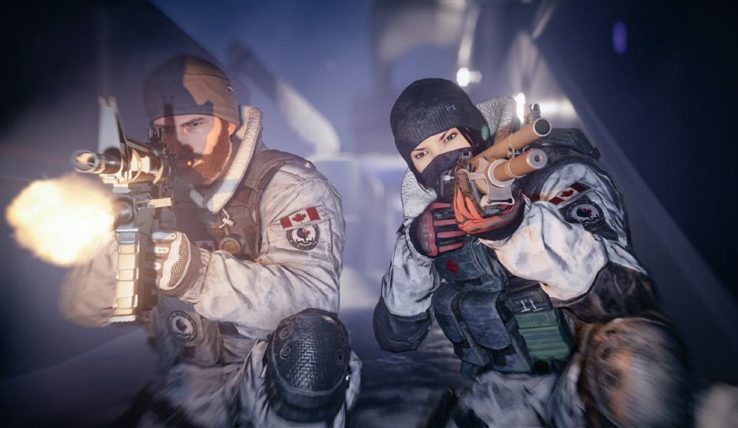 The 2015 release of Rainbow Six: Siege was a triumphant return for Ubisoft to the competitive shooter landscape.  While previous generations saw the likes of Ghost Recon and previous Rainbow Six titles ruling the roost of competitive shooters, they took a backseat to Activision’s Call of Duty and EA’s Battlefield games.

A year and a half later, many are still playing Rainbow Six: Siege.  This is largely attributable to how Ubisoft handled downloadable content for the game.  They did two things with Rainbow Six: Siege that has kept the game fresh.  One, they gave out downloadable content for free in the form of new characters “operators” to use, and new maps with each update.  Second, they’ve tuned and tweaked each operator on a regular basis to keep the game balanced.

So with Year Two of Rainbow Six: Siege currently underway, just how long does Ubisoft plan to keep this up?  Apparently they could go for “10 more years,” according to a recent interview between Ubisoft Montreal Creative Director, Xavier Marquis.

Marquis spoke with Finder in a recent interview about future DLC plans, and it sounds like they have a lot.  “This is what keeps the game cool,fresh, and more meaningful,” says Marquis.  I think we have 10 more years at least of new operators to come… I’m super confident of how much we can further push the number of operators.  And to be very honest, a lot of us are super fans of those community multiplayer games that you tent to play for long periods of time.”

Ubisoft seems to have struck a nice balance with the downloadable content for Rainbow Six: Siege, ultimately keeping players engaged for longer than the average shooter.  Their strategy has been to give players two options.  Either pony up for a Season Pass that would allow you a week’s long early access to the characters, or wait with the rest of the player base to unlock them for free by using in-game currency.