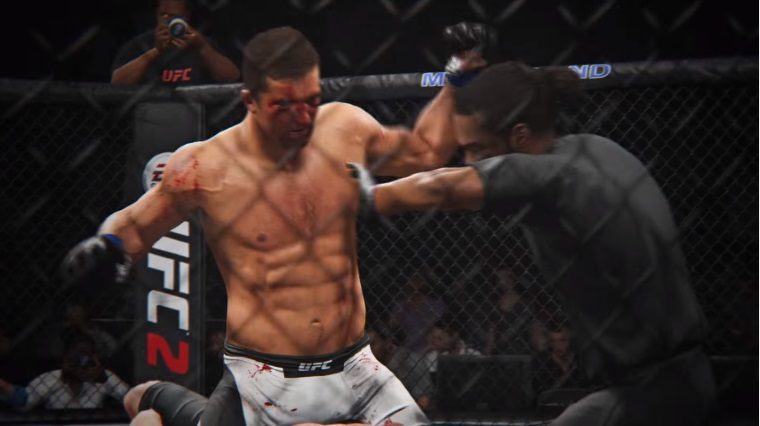 EA Sports has revealed that UFC 2 will be released on March 15th for PS4 and Xbox One in North America with a worldwide release date of March 17th. Along with this came a full gameplay trailer, showing many of the biggest moments from recent UFC matches, including Conor McGregor’s epic victory, and Ronda Rousey’s surprising loss.

“Whether fans want to play upcoming cards, recreate the outcome of recent fights, or go back to fight with MMA legends, we’ll help them do that in the most authentic and exciting way ever in an MMA simulation,” said Brian Hayes, Creative Director of UFC 2. “Our first two pre-order fighters, Bas Rutten and Kazushi Sakuraba are perfect additions to what is already the biggest roster ever for an official UFC game. Adding them is huge, and fans are going to go nuts when we reveal who the mystery fighter is. I can’t wait.”

Pre-orders for the game are now available with those who jump on getting access to the aforementioned fighters. ” UFC Hall of Famer and three-time King of Pancrase, Bas Rutten; and Japanese MMA legend, “The Gracie Hunter” Kazushi Sakuraba, with an additional mystery fighter who will be named later. The deluxe edition of the game also includes up to $60 of UFC Ultimate Team™ Premium Packs.”