How to Unlock Call of Duty Modern Warfare 2 Titles & Emblems

The latest news in the world of video games at Attack of the Fanboy
November 26th, 2009 by William Schwartz 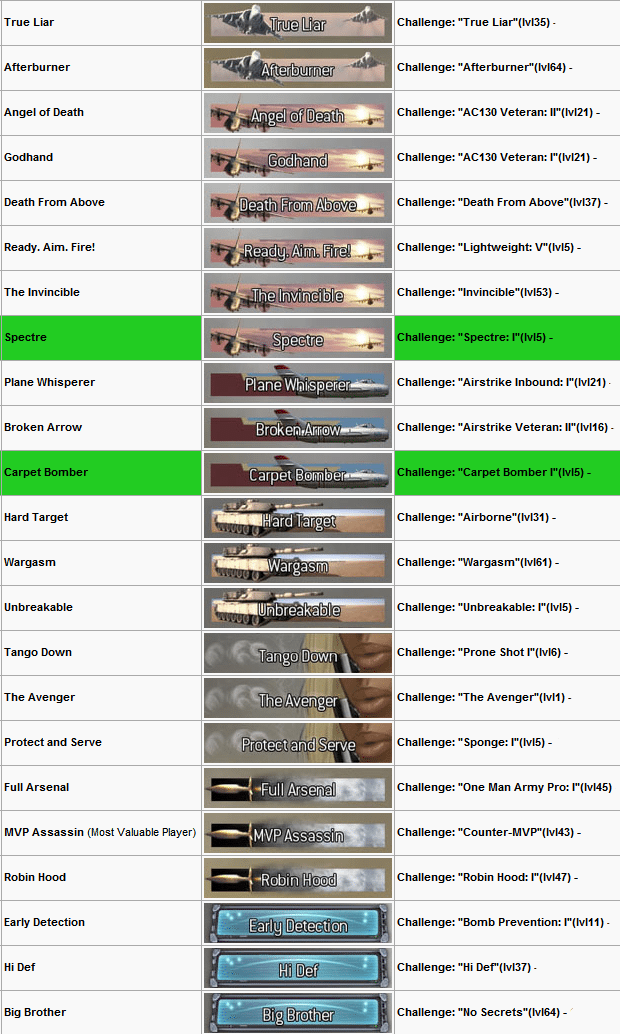 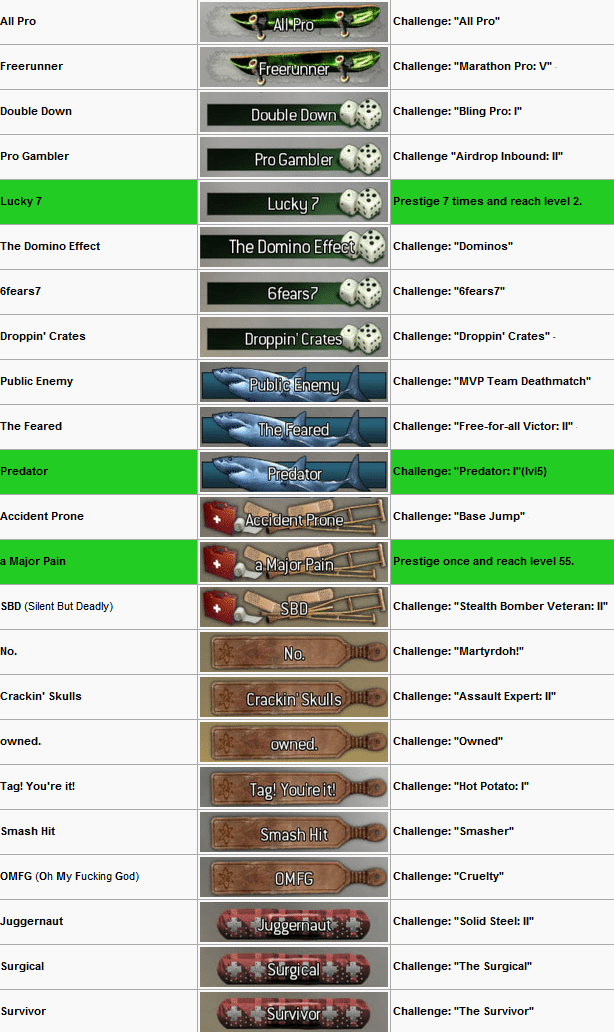 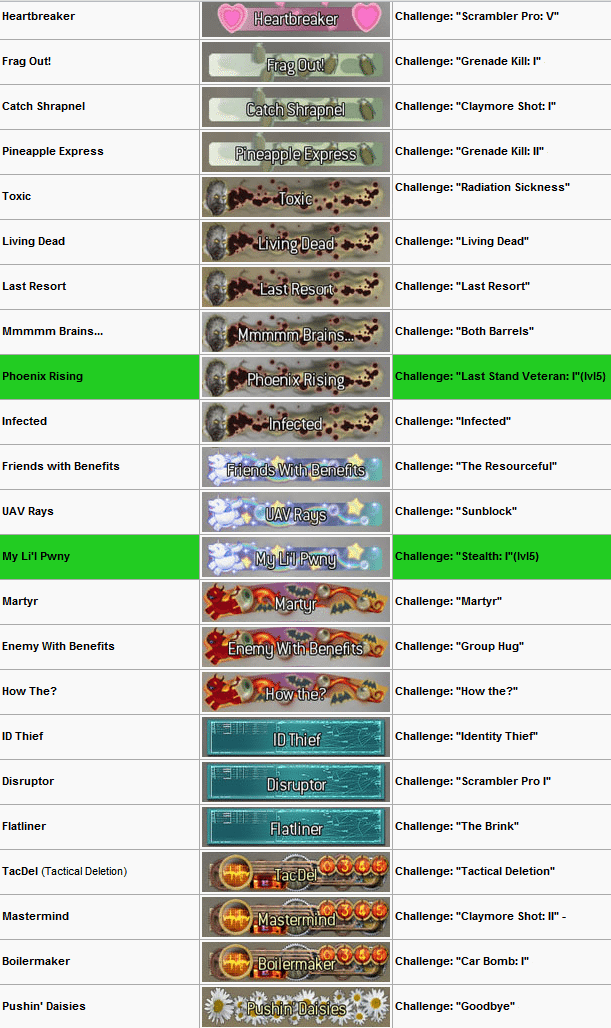 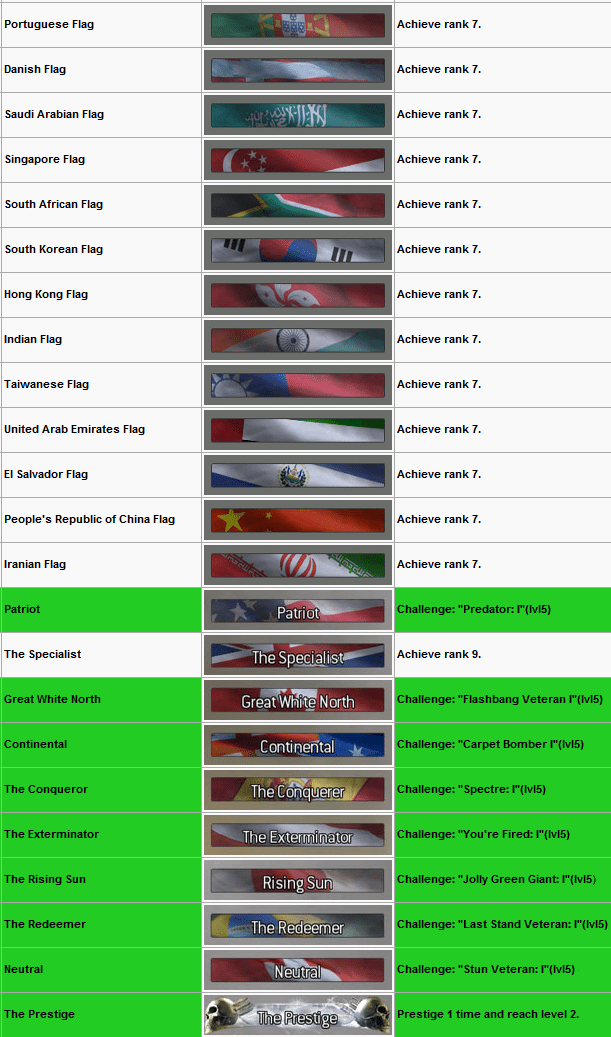 Some titles are unlocked by completing challenges with specific weapons. It is possible to unlock five separate titles for a weapon, but not every weapon will have all five. The five weapon specific titles are rewarded for:

Some titles are only awarded after a player has decided to prestige.  Non-weapon titles are awarded for finishing certain challenges or reaching certain levels after beginning the Prestige mode. 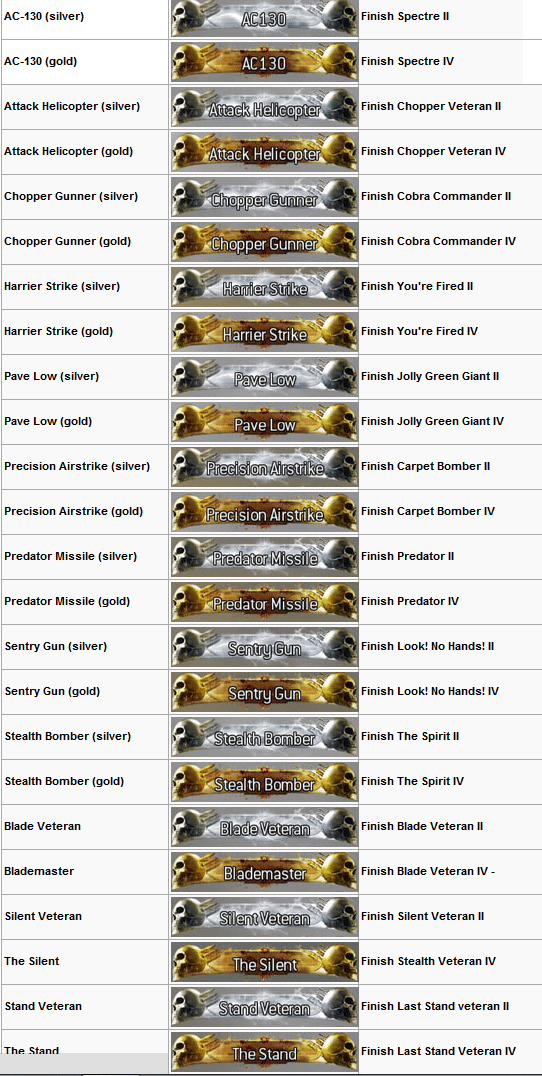 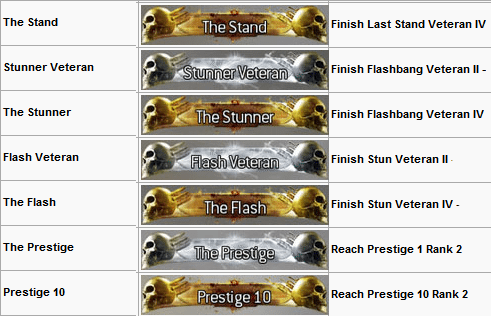