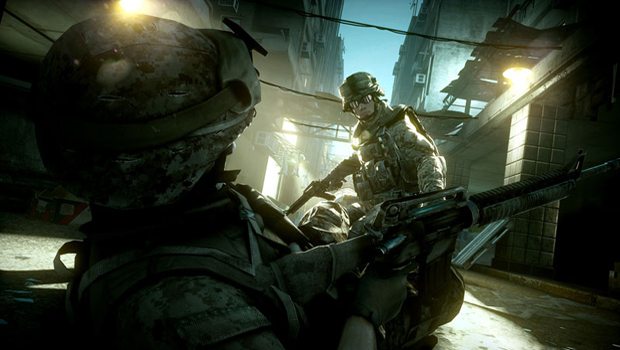 EA has issued a statement concerning the server issues that some may be experiencing when trying to play Battlefield 3.  EA’s Frank Gibeau confirms that Battlefield 3 is experiencing “unprecedented and historic peaks in terms of the activity that we’re getting from the Battlefield community and players.”

The company is looking to issue quick responses to any server challenges that they may be facing, and the company feels that “they’ve got a handle on it now”.  Multiple notifications from the DICE team have announced their intentions to remedy the problems, and have given a heads up to the community when things are being worked on.

It doesn’t appear that the sever issues are across the board for Battlefield 3.  Many have had a great experience with the game since lauch, but there have been reports and confirmation from EA/DICE that there are those that are experiencing issues.  This isn’t the only issue that the game has seen.  Xbox 360 4GB owners haven’t been able to install the texture pack on their consoles, leaving them with only a “standard resolution” version of the game.  EA also recently announced that Battlefield 3 was the largest day one launch for the company, shipping 10 million units to retail.

In the words of Christopher Wallace: Mo’ Money, Mo’ Problems.