Unravel has no Bosses or Fighting, it’s About ‘Finding the Clever and Peaceful Path Around’ 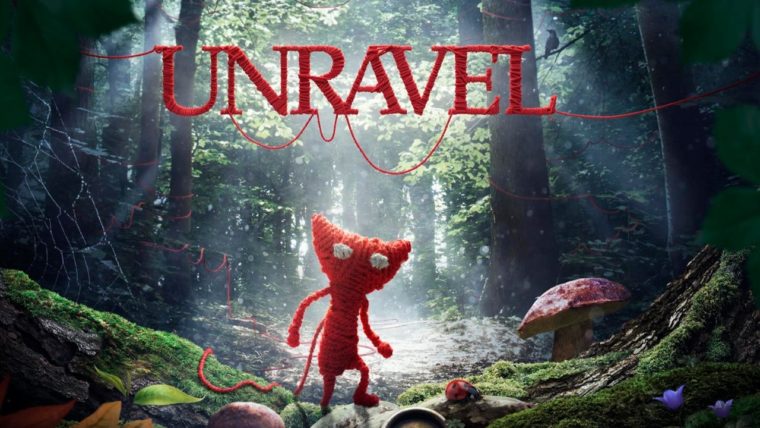 Unravel wowed the audience when it was first unveiled at E3 2015, showing a new platformer with both charm and whimsy. The game looked unique, offering up a playable character like none seen before. With anything this different from what gamers are traditionally used to, a lot of questions get asked of the developers. Today, the developers behind Unravel have responded to one question that they’ve been asked most often, “are there bosses in Unravel?”

The answer might surprise those looking for a more traditional platforming experience from the game, while simultaneously raising the excitement level for those hoping for something new. Martin Sahlin, Creative Director for Unravel responded to the question by saying “No, there aren’t bosses. There’s no fighting in Unravel. It’s not a “fighty game”.

“There are some dangerous creatures, because Yarny is kind of small and fragile, so pretty much anything can be a danger. But it’s not about conquering things. It’s more about finding the clever and peaceful path around. That’s how you solve problems.”

Combat has been a part of platform gaming since Super Mario set the original standard over 30 years ago, but that doesn’t mean it is a necessary part of the formula. In fact, many platformers, going all the way back to the Atari days have lacked combat, instead tasking players with avoiding obstacles, rather than directly confronting them.

Altering this aspect, and making it more about avoiding conflict rather than taking it head on, makes a lot of sense for a game like Unravel. As Sahlin says, Yarny isn’t really a strong character. Being made of yarn makes him especially vulnerable to anything that is bigger or stronger than him, which is almost anything. The main obstacle in the game seems to be the environment, so getting through that without being unraveled by nearby objects is the main focus, rather than fighting some big monster.

Unravel hits PS4, Xbox One, and PC on February 9th.

Home / Game News / Unravel has no Bosses or Fighting, it’s About ‘Finding the Clever and Peaceful Path Around’