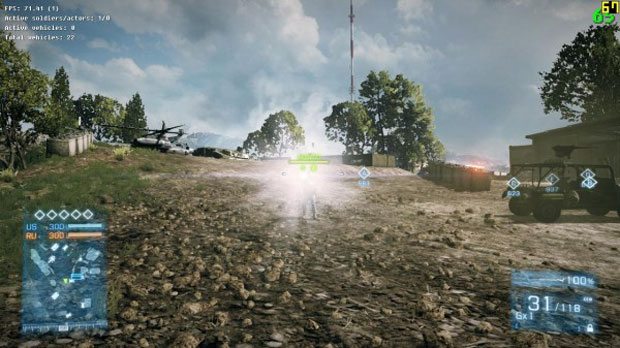 DICE has been looking at the Battlefield 3 community feedback when considering changes that need to be made to the balance of the game.  One of the major features that will see changes is the tactical flashlight.  As it stands, the tactical flashlight can blind an opponent (or teammate) whether in broad daylight or in darkness, and many have said it’s not only overpowered but quite an annoyance.

The team at DICE have discussed the changes that will be made to the flashlight, and for starters, it’s range will be cut down significantly.  While fans have been most vocal about the flashlights being more balanced, there are other things in the works for the upcoming patch.  AA Guns will see changes, and it’s also possible that DICE incorporates some form of repair mechanism for jets.

With Battlefield 3 having been live for almost a month now, how has your Battlefield 3 experience been?  Let us know in the comments section below.