Upcoming Indie Game Lets You Play as an Annoying Goose

The latest news in the world of video games at Attack of the Fanboy
October 4th, 2017 by Dylan Siegler 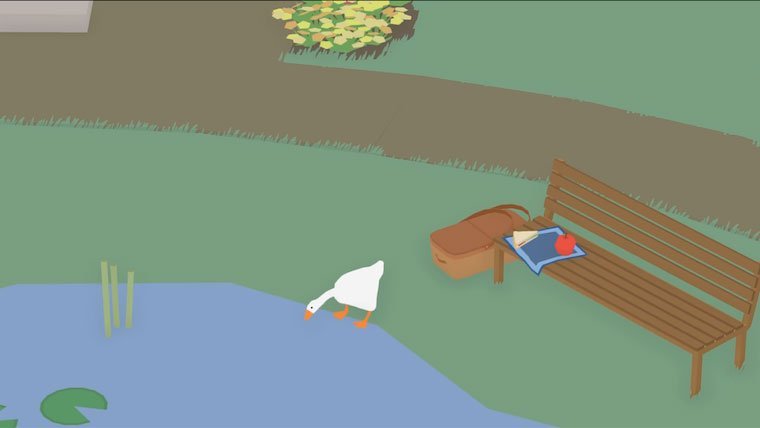 It was recently announced that indie developer House House, who have previously made Push Me Pull You, is currently working on a new game in which players control an annoying goose bent on terrorizing a groundskeeper. The announcement came in the form of a video featuring the game’s pre-alpha gameplay.

The as of yet untitled goose game looks to be part puzzle game and part stealth game. The ultimate goal of the game is to cause as much mischief as you can, with the goose you’re playing as trying to complete its literal to-do list, which contains items such as “get the groundskeeper wet,” “steal the groundskeeper’s keys” and “have a picnic” (which involves stealing a number of items from the garden the groundskeeper is attending). To achieve these ends, the player will have to figure out the best way of distracting and harassing the groundskeeper in order to enter the necessary areas and steal the necessary equipment. There’s also a button that will let the player honk, which doesn’t serve any gameplay purposes, but serves as another way to annoy the hell out of the poor groundskeeper.

The game is set to release sometime in 2018. The final scene shown in the trailer contains two geese honking at the groundskeeper, implying that there may be a multiplayer mode in the final game.