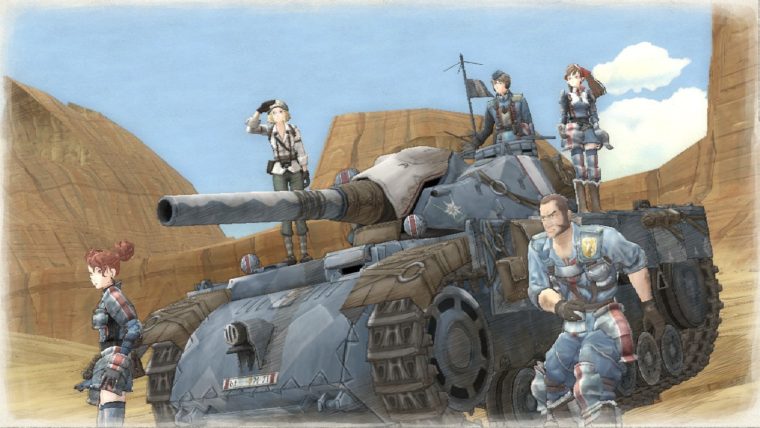 The ESRB has now rated Valkyria Chronicles Remastered for the PS4 which includes some of the details about the content of the game.

Valkyria Chronicles Remastered for PS4 has been rated “T” for teen. The content descriptors are: “Mild Blood, Mild Suggestive Themes, Use of Tobacco, Violence“.

The rating summary says:  “This is a turn-based tactical role-playing game (RPG) in which players control infantry and armored units in warfare against an invading enemy force. Battles are depicted mostly from a third-person perspective as players perform various actions such as firing weapons (guns, grenades, cannons, flamethrowers), using healing items, claiming flag points, and moving tanks along city streets.

Several interspersed cutscenes depict characters being shot and killed and sometimes include small splashes of pixilated red blood. One sequence involves female characters wearing and discussing “racy” bathing suits, while the camera pans and lingers on certain body parts. A handful of cutscenes depict a character smoking a cigarette.

Valkyria Chronicles Remastered releases on May 17th, 2016 and it is exclusive to the PS4 system. The original game was critically acclaimed on PS3 so this PS4 remaster will give new gamers a chance to play it.