Valkyria Revolution Launches on PS4, PSVita and Xbox One in June

The latest news in the world of video games at Attack of the Fanboy
March 27th, 2017 by Jose Belmonte 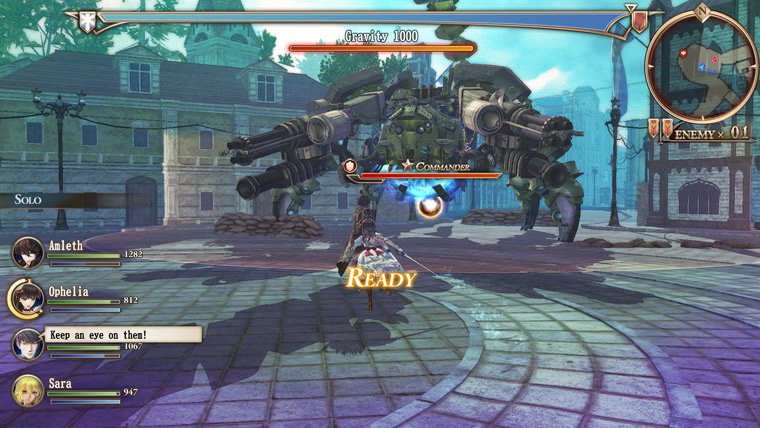 Sega has finally revealed the details on the release of Valkyria Revolution in Western territories via PlayStation Blog, with the United States getting the game on June 27th and European countries on June 30th. Revolution is a spin off of the Valkyria Chronicles series, which mixes classic RPG gameplay with touches of strategy. The game will be released on PS4, PSVita and Xbox One.

Valkyria Revolution will be the second release of the series in the current generation of consoles, after the excellent Valkyria Chronicles Remastered for PlayStation 4. Faithful to its own title, Revolution presents a shift in the series into a more action-oriented gameplay and a completely different story setting, which now features a conflict between the kingdom of Jutland and the Ruzi Empire, set in a world inspired by the times of the European industrial revolution.

In the story, the Ruzi Empire is applying a ruthless economic blockade to the kingdom of Jutland, which in turn has no other choice but to declare war to its powerful neighbor. The problem is, the Ruzi Empire is not only more powerful by itself, but they are also backed by a Valkyria, which is a powerful entity that embodies death.

Defeating the Valkyria is precisely the mission of the group of protagonists, Jutland soldiers that form an elite group called the Vanargand. They will try to achieve the impossible by turning the war in Jutland’s favor, counting with the support of their nation’s very own Princess, Ophelia.

While previous Valkyria Chronicles titles made use of a battle system based in turns, Valkyria Revolution offers combats in real time, allowing for battles in which strategy and timing play an essential role. The change of setting also allows to go from World War II-inspired weapons to some more classic equipment, like swords.

Valkyria Revolution will be released in physical and digital formats for PS4, PSVita and Xbox One, with the PSVita launch being digital-only. The home console versions will receive a special edition named Vanargand Edition, which contains a 12-track soundtrack, and a metal pin in the case of North American buyers.