Valve unveils new/old hero for DOTA 2 at The International

The latest news in the world of video games at Attack of the Fanboy
July 20th, 2014 by William Schwartz 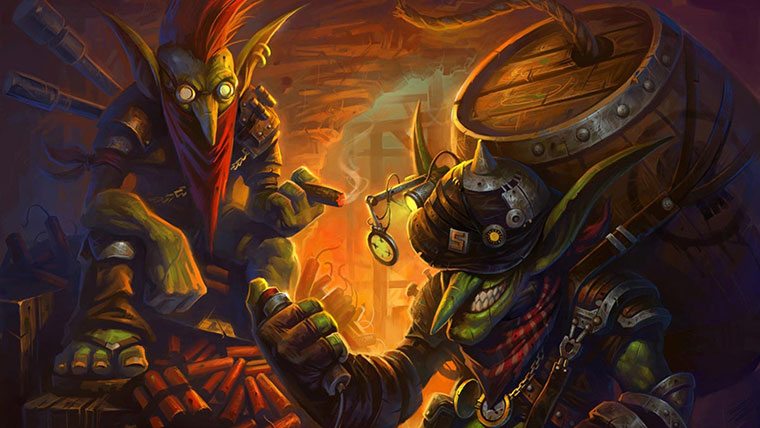 Well, the Goblin Techies aren’t exactly new characters. The duo is a favorite among players who’ve been playing DOTA long before it fell into Valve’s hands, and those who follow the DOTA 2 scene will have been anticipating the reveal. Valve added a stretch goal to the International Compendium which had alluded to the new hero being revealed at the tournament, and it looks like the character will be playable in DOTA 2 very soon.  When ‘very soon’ is, is anyone’s guess as Valve hasn’t announced a specific date as of yet.

The reveal of the Goblin Techies closed out the second day of main event play at the International 4. The Dota 2 Championship is currently in the Main Event Lower Bracket, where a handful of teams are trying to battle their way into the championship Grand Finals match against NewBee. The Lower Bracket games will be decided on Sunday, July 20th. The Main Event will take place on Monday between NewBee and whomever comes out victorious in the Lower Bracket. Teams still vying for a shot at the Grand Finals and large chunk of tournament prize money are Vici Gaming, Cloud 9, LGD Gaming, Team DK, and Evil Geniuses.

All of The International 4 can be viewed on the game’s main site, through the in-game DOTA 2 client on Steam, and will be broadcast on ESPN.