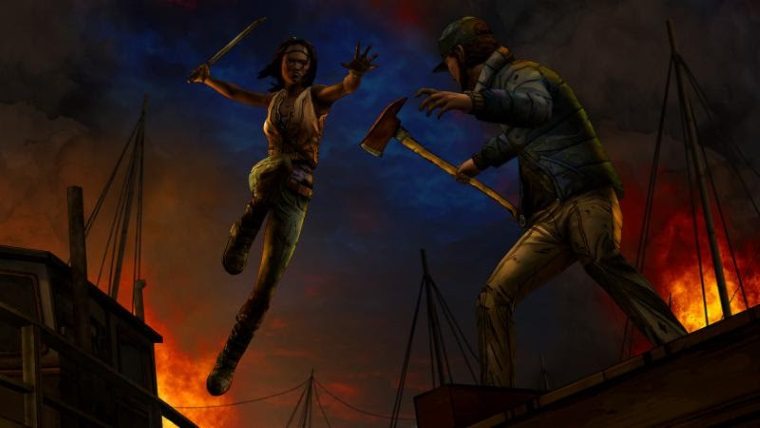 Telltale has released a new trailer for The Walking Dead: Michonne Episode 2 ‘Give No Shelter’ ahead of its release tomorrow, March 29th. The series is a spinoff from Telltale’s main The Walking Dead series, taking place much later on in the comic universe. The series will run three episodes, and explores the fan favorite character of Michonne, during a time when she was absent in the comics, allowing the game to tell a brand new story.

“In Episode 2, ‘Give No Shelter,’ a daring escape from the floating colony of Monroe sees Michonne, Pete, and Sam running for their lives. An all too brief reprieve is soon shattered; the leaders of Monroe don’t forgive and don’t forget. With memories of her daughters bleeding ever further into Michonne’s blurred reality, her world is becoming increasingly fractured… just at the point when she’ll need all of her skills to survive.”

We reviewed the first episode of the series, finding it a bit lacking in comparison to Telltale’s other efforts. Hopefully this second episode picks things up a bit as the miniseries heads into its third and final episode next month.