The latest news in the world of video games at Attack of the Fanboy
July 6th, 2014 by William Schwartz 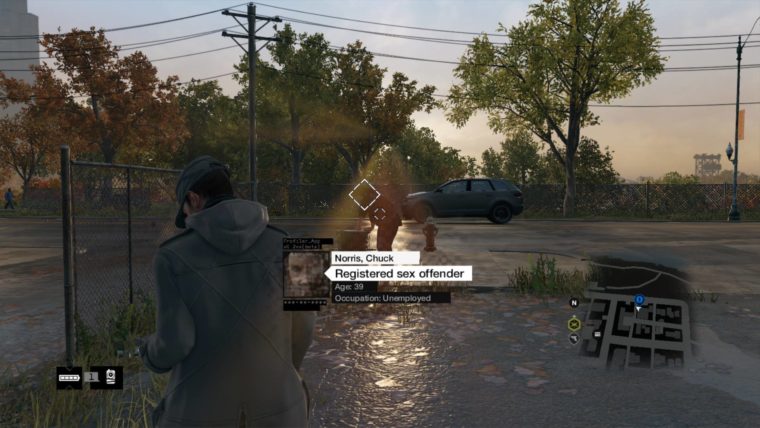 The recently released open world title Watch Dogs is filled with Easter eggs and the Reddit community may have just stumbled upon one of the funniest hidden gems. It is no secret that NPCs named Chuck Norris have been spotted in Watch Dogs, but his latest appearance is rather amusing.

As you can see in the screenshot above, Chuck Norris was seen rooting around in a garbage bin close to protagonist Aiden Pearce. A quick use of Aiden’s smartphone’s Profiler ability revealed that this all-powerful being capable of unfathomable destruction is in fact a homeless registered sex offender. Oh, how the mighty have fallen.

The only mystery left is whether Aiden survived this encounter. Or, you know, if a raging Chuck Norris is currently single-handedly surrounding the Ubisoft offices. For the sake of the Ubisoft team and their loved ones, let’s hope that Mr. Norris knows how to take a joke. And that his sound barrier-breaking roundhouse kicks are only a myth.

If you’ve found any laugh-out-loud worthy moments in Watch Dogs, share them with us in the comments section below.