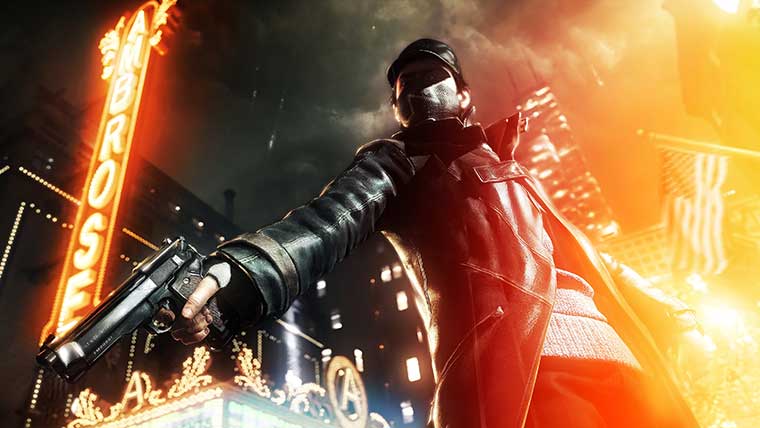 No, there isn’t a typo in the title, it’s just a terrible joke by someone eager to share Watch Dogs info. I really do apologize, I tried to think of something better, but just couldn’t. Anyway, on with the article. Senior Producer on Watch Dogs, Dominic Guay, has given Examiner interview. They’ve decided to tease us with only two pieces of information from the interview for the time being; airplanes cannot be piloted in Watch Dogs (get it, plane?), and players won’t be confined to just Chicago (therefore it won’t be plain… oh never mind.)

“Players will not fly aircrafts in WATCH_DOGS. We did not feel it was core to the experience we wanted to create,” Guay explained. This information shouldn’t really come as a surprise to fans of the upcoming open world action-adventure game; Watch Dogs isn’t Saints Row or Grand Theft Auto.

The kind of free-willed havoc that comes with being able to pilot aircraft isn’t something that Ubisoft are aiming for. Their new IP is more sophisticated than that, they aren’t encouraging mayhem and mishaps. And no, I’m not insulting either GTA or SR, I just don’t see Aiden Pearce as the kind of protagonist that suits baseball batting prostitutes or firing dubstep guns.

There is no official word on map size, but Dominic did have this to say: “Players will be able to drive any wheeled vehicles, from trucks to motorcycles, or boats. This will allow them to explore the city proper, the rivers, the lake and even beyond the limits of Chicago.” He didn’t elaborate any further, so I wouldn’t be expecting to stray too far from the city if I were you. It’s probable the case that specific missions might take place just outside the city, or the suburbs surrounding Chicago might be included in the map.

Watch Dogs will be be released for Xbox 360, PS3, PC and WiiU on November 19th for US or 22nd for UK, but will have a more dynamic world on the Xbox One and PS4, for which it will be a launch title.