Watch Super Bowl 50 For Free on Xbox One

The latest news in the world of video games at Attack of the Fanboy
February 7th, 2016 by William Schwartz 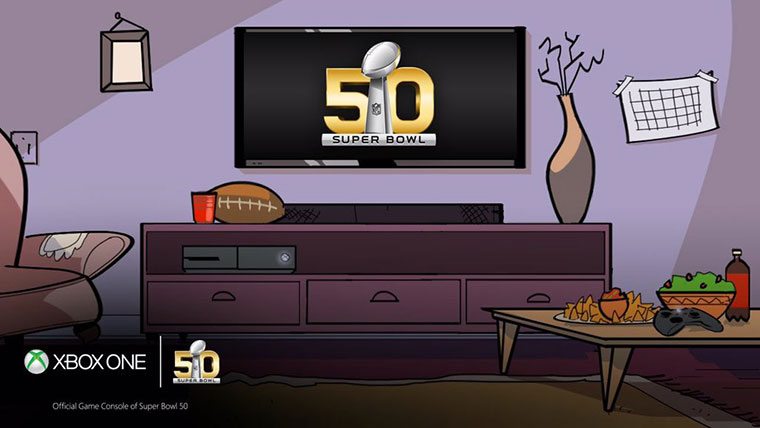 Super Bowl 50 will be held today in San Francisco California.   The Championship game that decides the NFL’s best team will feature the Denver Broncos and Carolina Panthers while the game clock is ticking and expensive advertising spots during everything in between.

If you’re looking to watch the game for free, there are a few ways to do it, one being by using the free NFL app on the Xbox One.

The NFL App on the Xbox One has gotten better over the last couple of seasons. This year, updates to the interface and advances in streaming technology led to an app that was fairly trouble free to use during the season.  We used this same Xbox One app to watch Thursday Night Football on the NFL Network with few technical hiccups.  Given that the audience will be larger for the Super Bowl, it’s unclear whether streams will hold up for the big game.

Earlier this week, Electronic Arts made their yearly prediction for who would win the Super Bowl by simulating the game using Madden NFL 16.  The popular sports game had the Carolina Panthers defeating the Denver Broncos 24 – 20.  The simulation isn’t always right, but it has predicted the winner in nine of the last twelve Super Bowls, including last year’s prediction which predicted the exact score of the game.

There are plenty of other free ways to watch Super Bowl 50 even if you don’t own an Xbox One.  CBS will be broadcasting the game which kicks off at 6:30 PM EST.  It can be watched via the CBS Sports App for Apple TV, Fire TV, Android TV, Chromecast, Roku, and other devices.  NFL Mobile Apps will also host the streams.  ESPN Deportes will host a Spanish language broadcast of the game via Watch ESPN.

If you’re looking for a last minute free solution to watch Super Bowl 50 downloading the free NFL app is the way to do it.