Popular streamers just might give Radical Heights the boost it needs to succeed. 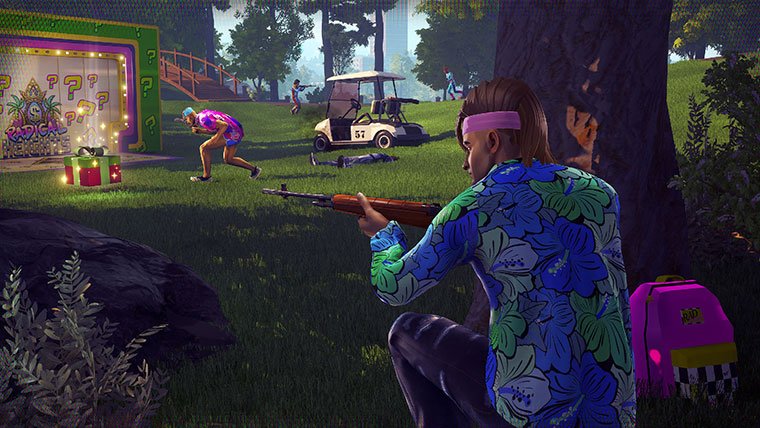 Boss Key Productions’ latest game, Radical Heights, launched into early access a couple of days ago. For a game that’s as rough around the edges as Radical Heights is, it couldn’t have gotten a better launch with popular Battle Royale Twitch streamers flocking to the game to give it a try.

With streamers like Tyler “Ninja” Blevins , Guy “Dr Disrespect” Beahm and others playing the game for their massive audiences, they’ve put the game in front of the eyes of 10’s of thousands of potential players. Though it doesn’t appear that this is converting over to new players, as there’s a huge discrepancy between the numbers that we’ve seen tuning in to view these streams of the game compared to those actually playing it.

According to Steam Charts Radical Heights has seen an average of around 7000 players across the course of the past two days with a peak of around 12,000 players. At the time of this article, there are over 100,000 people tuning in on Twitch to watch Radical Heights. These numbers have likely been given a boost by outages to PlayerUnknown’s Battlegrounds and Fortnite, but it’s also clear that there are way more people that are just fine with watching others play the game than playing the game itself.

Radical Heights saw a slew of initial reviews on Steam that were heavily skewed towards negative but have moved towards “mixed” over the last day. One thing is for sure, Radical Heights couldn’t have gotten more free promotion from streamers in its launch window. The numbers that have tuned in to see the game have got to be, at the very least, in the hundreds of thousands.

Whether or not this will transition into players is anyone’s guess. Right now, regardless of how many eyes are on the game, it’s undeniably a work in progress that is far behind games like Fortnite and PlayerUnknown’s Battlegrounds in terms of polish.