Weapons in The Taken King Can Be Infused, Vault Space Doubled 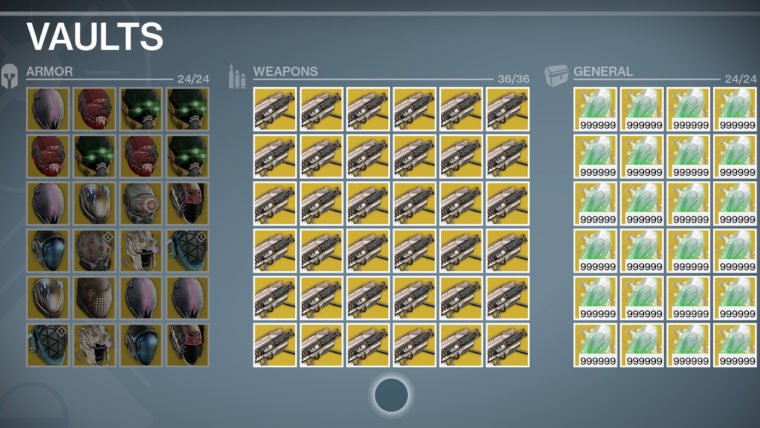 Weapons in Destiny: The Taken King can be infused with other weapons to make them more powerful via a new feature in the game.  Infusion allows weapons to be combined into more powerful variants that retain the weapon’s core properties, but allow them to be brought forward as the game gets harder.

Tyson Green of Bungie revealed the thought process behind the new system, and it’s that Bungie wants Destiny players to find weapons that they like and able to keep and care about.

This new feature solves the problem of finding a weapon that you like early on in the game, only to have to change it out for something that might be more effective as you start hitting end-game content.  It also aligns with Bungie’s desire to differentiate guardians.  So, instead of having many characters equipped with the same weapons as one another, as needed to accomplish specific tasks, players can stick with guns or weapons that they like.