New This Week in Video Games | A Cheerleader With a Chainsaw 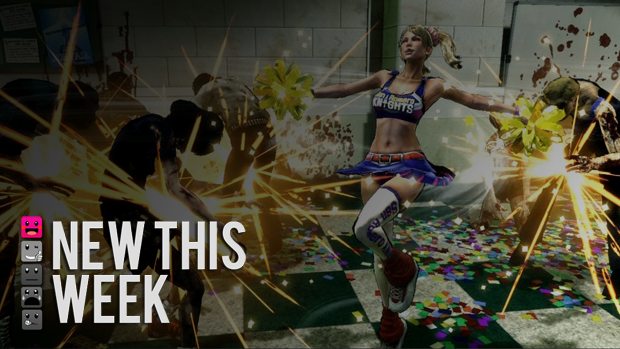 Lollipop Chainsaw – Xbox 360, PlayStation 3 – Lollipop Chainsaw is a Hack and Slash, single player Action game in which players battle zombies as never before – in the form of the spirited and sexy, chainsaw-wielding cheerleader heroine, Juliet Starling. The game contains an addictive mixture of mature zombie apocalypse gameplay, juxtaposed with the bubbly actions and attitude of the perky teen heroine. Additional features include, upgradable cheerleading abilities and chain saws that both serve in combat, over-the-top zombie rock lord bosses, a storyline full of hooks, and a rockin’ soundtrack.

Babel Rising – Xbox 360 – Babel Rising lets you play as a God and use your powers to prevent humans from building the tower of Babel. Hurl bolts of lightning, cause massive earthquakes, or unleash gigantic floods upon the Babylonians. Face a wide range of challenging enemies and levels and use the motion controllers to get a unique feeling of power!

Dirt Showdown – Xbox 360, PlayStation 3 – DiRT Showdown is the new arcade racing game from the team that brought you the award-winning DiRT series, uncaged in 2012. Pick up and play controls combine with electrifying events, frenzied crowds and stunning graphics to deliver high octane, dive in and drive thrills from event one.

End of Nations – PC – Fight a worldwide war of unprecedented scale in End of Nations, the revoluntionary real-time strategy game from Trion Worlds, End of Nations is a groundbreaking new MMORTS where you fight monumental battles for global control of a massive persistent world.