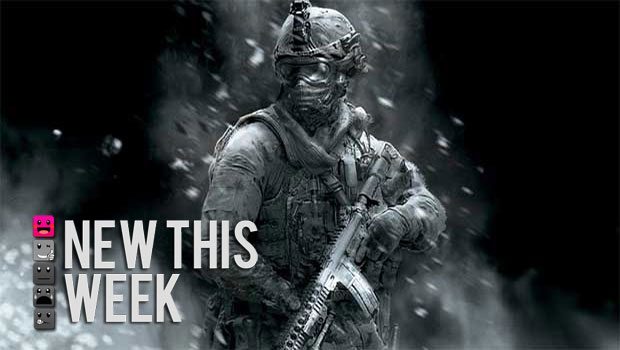 Xbox 360 – Tony Hawk’s Pro Skater HD is a downloadable title for Xbox LIVE Arcade that takes the best elements of the classic THPS games and gives them a fresh update to create an all new skateboarding experience. Tapping into fans’ muscle memories, the gameplay returns to controllers and focuses on the satisfaction of linking sick tricks for maximum points. Combining sharp visuals with the best controls ever in a Tony Hawk game, the feel is cutting edge yet timeless.

PS3 – Dyad is an abstract racing/shooter/puzzle hybrid where players move forward by manipulating other vessels on the track. Dyad also explores the mind state of the player — the game is designed to create a strong sense of flow, upon which it offers different contemplative approaches.

PC, Xbox 360, PS3 – Earth is ground zero in the war to save the galaxy, and how you wage that war is entirely up to you. Groundbreaking interactive storytelling and Kinect integration drives the heart-pounding action in which each decision you make could have devastating and deadly consequences.

PS3 – Arm yourself against the horrors of the city in this sequel to the gun shooting game Umbrella Chronicles. Darkside Chronicles takes place in Resident Evil 2′s Racoon City. It’s September 29, 1998, and the city has turned to hell due to the effects of the T-virus. Players take control of Claire Redfield and Leon S. Kennedy to deal with the undead. Only this time, the enemy is not the Umbrella Corporation … instead, players venture into the unexplored areas of the Resident Evil story, along with the darker passages of the characters’ histories.

PS3 – Umbrella Chronicles takes place from the first person as your characters move through a fully 3D mansion. This action/shooter hybrid reveals the back story behind the fall of the Umbrella Corporation by exploring locations from past Resident Evil 0, 1, 2 and 3 as well as new never-before-seen locations, such as Umbrella’s stronghold.