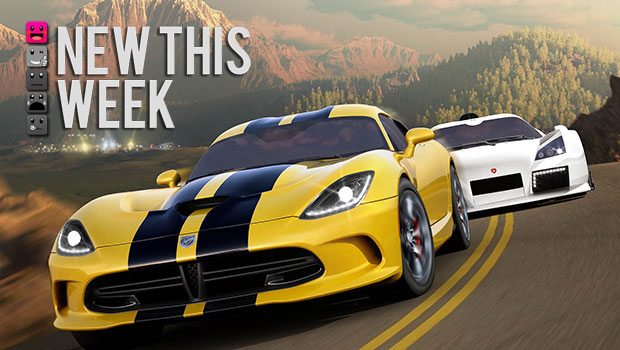 Forza Horizon – Xbox 360 – Forza Horizon is the ultimate “get in the car and go” action racing game. Combining the legendary Forza authenticity with a killer music festival vibe, Horizon takes freedom of the open road to the next level. Explore vast and diverse driving playgrounds. Team up or compete with friends and rivals online. Show off your stylish driving and become the star of the world’s most rocking motorsport party.

Unfinished Swan – PlayStation 3 – The Unfinished Swan is a game about exploring the unknown. The player is a young boy chasing after a swan who has wandered off into a surreal, unfinished kingdom. The game begins in a completely white space where players can throw paint to splatter their surroundings and reveal the world around them.

Killzone Trilogy – PlayStation 3 – Tackle the legendary might of the Helghast army in three blockbuster adventures. Renowned for its ground-breaking cinematic visuals, powerful storylines, and dynamic multiplayer modes, get ready for the ultimate world space warfare experience, each crammed with relentless action, danger and excitement.

Street Fighter X Tekken – PS Vita – Battle at home or take the fight to the streets in the PS Vita version of Street Fighter X Tekken. Choose from 43 iconic characters and 12 new characters making their debut on the PS Vita as you square off in epic, explosive showdowns. Challenge other players locally, online via wi-fi networks or through the PS Vita’s 3G connection. You can even compete against PlayStation 3 players with the new Cross-Platform Play feature. New control schemes and menus allow you to take advantage of the PS Vita’s touch-screen capabilities, putting the control at your fingertips.

Hotline Miami – PC – Hotline Miami is a high-octane action game overflowing with raw brutality, hard-boiled gunplay and skull crushing close combat. Set in an alternative 1989 Miami, you will assume the role of a mysterious antihero on a murderous rampage against the shady underworld at the behest of voices on your answering machine.