The latest news in the world of video games at Attack of the Fanboy
November 11th, 2012 by William Schwartz 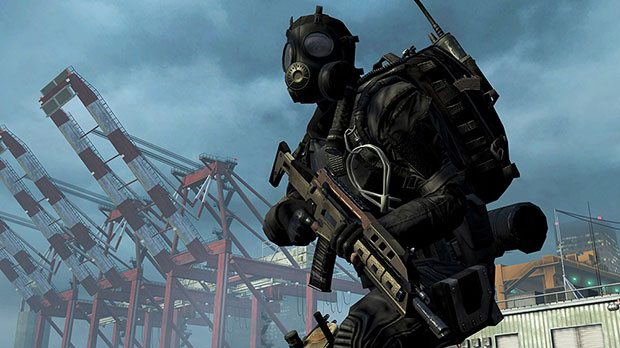 Call of Duty: Black Ops II – Xbox 360, PlayStation 3, PC – Call of Duty®: Black Ops II is a First-Person Shooter (FPS) that revolves around unique gamepaly that propels the Call of Duty® franchise into a world of future warfare, and back again to the modern era. The game is a sequel to the 2010 release, Call of Duty®: Black Ops II, and features returning Black Ops characters Sgt. Frank Woods and Agent Alex Mason, joined by a wealth of new characters. Additional features include: two distinct yet linked playable time periods, advanced weaponry, branching storylines created by player choices in Strike Force missions, exciting multiplayer options, and more.

Wonderbook: Book of Spells – PlayStation 3 – Book of Spells is the first title for Wonderbook, a unique single-player virtual reading/entertainment experience exclusive to PlayStation 3. The latest addition to the PlayStation augmented reality series, the Wonderbook system combines game software, and the Wonderbook peripheral (sold together as a bundle in the Book of Spells release), along with PlayStation Eye camera and PlayStation Move motion controller (both sold separately), to bring words to life for readers as never imagined. The story and interactive activities built into Book of Spellsare steeped in the Harry Potter universe, and are designed to capture the imaginations of new and longtime fans alike.

Tropico 4: Gold Edition – Xbox 360, PC – As the president of a tiny Caribbean island, it’s up to you to lead your country to greatness! Will you be a benevolent and tolerant leader, or a power-mad dictator? Will your economy rely on tourism, farming, big business or cheap sweatshops? The decisions you make will shape the future of your island, and more importantly, the size of your off-shore bank account.

F1 Race Stars – Xbox 360, PlayStation 3 – F1 RACE STARS is a fast-to-the-fun arcade racing game for all ages featuring the official FORMULA ONE cars, teams and circuits as they’ve never been seen before. Drivers including Lewis Hamilton, Fernando Alonso and Sebastian Vettel have been transformed into personality-packed heroes bursting with charm and character and stunning FORMULA ONE locations have become exhilarating racing theme parks designed for speed and wheel-to-wheel competition. Players will jostle for position on every straight, hairpin, jump and loop-the-loop with chaotic racing and a range of power-ups for players to collect and deploy as they sprint for the chequered flag. Officially licensed to feature the full cast of FORMULA ONE stars and teams and packing an extensive range of game modes, including numerous Championships, Time Trials, 4-player split-screen racing and online multiplayer, F1 RACE STARS takes FORMULA ONE over the top for racing fans of all ages.

Lego The Lord of the Rings – Xbox 360, PlayStation 3, PC, Wii, DS, Nintendo 3DS, PS Vita  – LEGO The Lord of the Rings takes players along on the adventures of Frodo Baggins and his unlikely fellowship as they set out on a perilous journey to destroy The One Ring and save Middle-earth. Kids, tweens, teens and parents can traverse the Misty Mountains, explore the Mines of Moria, knock on the Black Gate of Mordor, and partake in epic battles with Orcs, Uruk-hai, the Balrog and other fearsome foes while harnessing the humor and imagination of LEGO gameplay to solve puzzles and explore Middle-earth. Players will take on the form of their favorite members of the fellowship – Frodo the Hobbit, Aragorn the Ranger, Gandalf the Wizard, Legolas the Elf, Gimli the Dwarf, Boromir a Man of Gondor, and Frodo’s Hobbit friends Sam, Merry and Pippin – as they relive the most momentous events from the films.