New This Week in Video Games | The Elder Scrolls 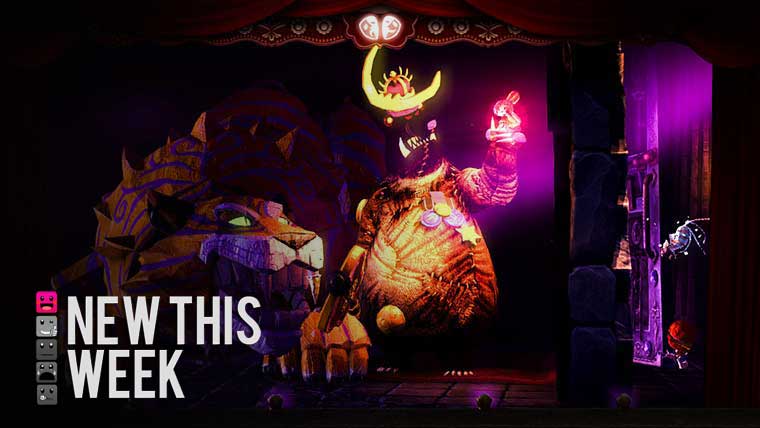 Puppeteer – PlayStation 3 – Puppeteer is a brand new franchise developed exclusively for PlayStation 3 by SCE JAPAN Studio. Set in a magical puppeteer’s theatre, this title will introduce you to a strange and fantastic world, where the environment is constantly changing. Players will enjoy a rich, dark fairytale where surprises lurk around every corner. A boy named Kutaro is carried away to a black castle by the Moon Bear King who transforms him into a wooden puppet, then devours his head. But Kutaro discovers a pair of magical scissors to help him on his harrowing adventure to find his head, and his way home.

Sanctum 2 – PlayStation 3 – Sanctum 2 is the sequel to the world’s first Tower Defense/FPS hybrid game! Pick from four unique character classes and take up the mission of protecting the Cores from hordes of mysterious aliens. In Sanctum 2 you play your character exactly the way you want through the new and extensive customization system. Pick your own loadout of towers, weapons and perks, and pick well, because you are humanity’s last defense against the hordes set out to destroy it.

NHL 14 – Xbox 360, PlayStation 3 – Unlock the highest level of hockey aggression, speed and skill. NHL 14 brings together the best technology from EA SPORTS to deliver the most authentic hockey experience ever. Deliver hits with the cutting-edge NHL Collision Physics, built from FIFA’s revolutionary Player Impact Engine. Drop the gloves with the new Enforcer Engine, powered by EA SPORTS Fight Night technology. Dangle defenders with new One-Touch Dekes and experience a new level of speed and control with the second season of critically-acclaimed True Performance Skating. Huge hits, real fights, and unbelievable speed and skill. This is NHL hockey at its greatest, powered by a generation of EA SPORTS innovation.

Amnesia: A Machine for Pigs – PC – The year is 1899. Wealthy industrialist Oswald Mandus has returned home from a disastrous expedition to Mexico, which has ended in tragedy. Wracked by fever, haunted by dreams of a dark machine, he recovers consciousness in his own bed, with no idea of how much time has passed since his last memory. As he struggles to his feet, somewhere beneath him, an engine splutters, coughs, roars into life…

Arma III – PC – Experience true combat gameplay in a massive military sandbox. Authentic, diverse, open – Arma 3 sends you to war. Take your first steps in Arma 3 by exploring the 20 km² island of Stratis. Navigate its rugged terrain, expansive forests and man-made airbase. Enjoy a taste of Arma 3’s diverse gameplay by completing the selection of 8 showcase missions. Or run through the competitive firing drills to hone your shooting and movement skills. Form a squad and team up to fight against your enemy in 4 co-operative multiplayer scenarios.