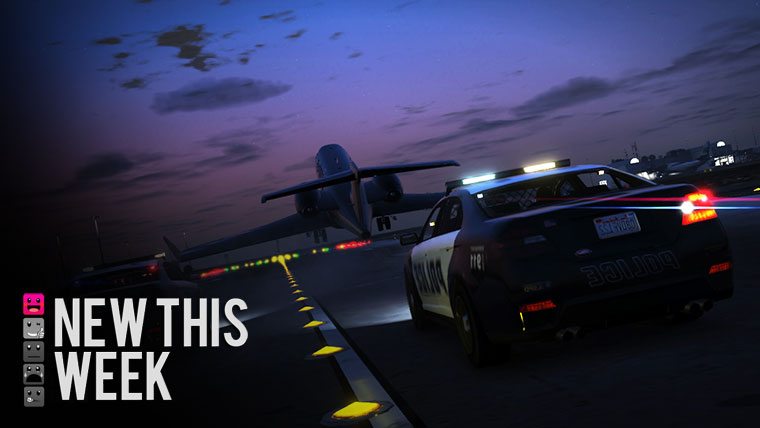 GTA Online – Xbox 360, PlayStation 3 – In Grand Theft Auto Online, you’ll have the freedom to explore alone or with friends, work cooperatively to complete missions, band together to participate in activities and ambient events, or compete in traditional game modes with the entire community, all with the personality and refined mechanics of Grand Theft Auto V.

Rain – PlayStation 3 – In this dark, mysterious world, you take on the role of a boy who becomes invisible, so his figure can only be seen in the rain. Rain is a downloadable title from Sony’s Japan Studio that is coming to the PlayStation 3.

NBA 2K14 – Xbox 360, PlayStation 3, PC – NBA 2K14 marks the return of the world’s biggest and best NBA video game franchise. Following more than 38 Sports Game of the Year and “Best Of” mentions last year, 2K14 is set to rule the virtual hardwood once again. This year, 2K joins forces with the league’s most dominant force: LeBron James. With a soundtrack hand-picked by the King, refined controls featuring the new Pro Stick™, the return of Crews, new Signature Skills, enhanced defense including blocked dunks, and more, NBA 2K14 will raise the bar yet again.

f1 2013 – Xbox 360, PlayStation 3, PC – Make history in FORMULA ONE! F1 2013 features all the cars, stars and circuits from the 2013 FIA FORMULA ONE WORLD CHAMPIONSHIP plus, for the first time, classic content. F1 Classics is an expansive new game mode, introduced by legendary broadcaster Murray Walker, in which you’ll race legendary drivers in famous cars on iconic circuits from the 1980s. This classic content can be played in a range of modes including split-screen and online multiplayer.

World of Tanks – Xbox 360 – AAA team-based online tank warfare comes to Xbox 360 with the custom built version of the global phenomenon dedicated to armored warfare in the mid-20th century. Command some of history’s most powerful tanks and experience intense combat where the excitement of battle is enhanced by working together with your tank platoon to win the fight, downloadable and free-to-play to Xbox Live Gold members.

Die!Die!Die! – PS Vita – Viruses! Infections! Disease everywhere! Grab your PlayStation®Vita, load your syringe and prepare to fight back the tides of evil microbes swarming through your system. Die!Die!Die! puts the Medical Defense genre back in your hands!