Wii U on par with current gen tech, says developer 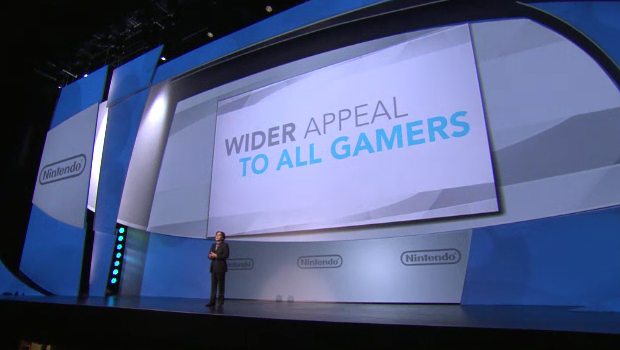 Nintendo’s next generation offering will land later this year, and the company has been hushed about what gamer’s can expect. There have been many rumors over the past few months that have given us an idea of what to expect, but recently one developer spoke out about the power behind the Nintendo Wii U.

Marvin Donald of Vigil Games explains that the Wii U is “on par” with current gen consoles like the Xbox 360 or PlayStation 3. Donald’s studio is currently working on Darksiders 2, which will launch with the Wii U later this year. In a recent interview, Donald explains that making the transition from current gen tech to Wii U was ‘easy’ in a recent interview with Game Reactor.

“So far the Wii U hardware’s been on par with what we have with the current generations… Based on what I understand, the resolution and textures and polycounts and all that stuff, we’re not going to be doing anything to up-res the game, but we’ll take advantage of the controller for sure… So we’ll have a few new features for sure, but I think visually, for the most part, it’ll be pretty much the same.”

Regardless of where the official specs end up being for the Wii U, it’s probably safe to assume that many third party titles will fall into this same means of development. Taking advantage of the controller, but leaving untapped horsepower idle. It’s too early to say, really, Nintendo hasn’t officially announced anything as of yet.