The latest news in the world of video games at Attack of the Fanboy
July 4th, 2012 by William Schwartz 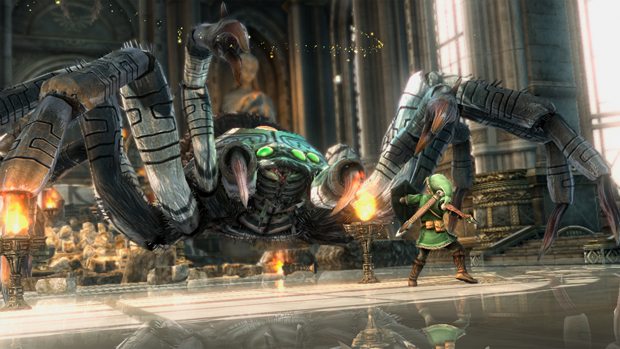 Nintendo’s impending release of its Wii U hardware has had its fair share of criticisms by the gaming community at large.  One of the biggest problems that have been pointed out is that the Wii U might fall behind from a power standpoint, when the “true next-gen consoles” launch at a later date.  There are only rumors right now, but some believe that the next-generation offerings like the tentatively named Xbox 720 and PS4 will be so powerful as to leave behind the Wii U in many third party releases.  Nintendo’s Satoru Iwata believes that this is not necessarily the case.

In a recent investor briefing, the Nintendo boss explained:

“We cannot promise that the Wii U will never be excluded from multiplatform software for eternity, but we can at least assure you that the Wii U will not have such a big difference as the Wii had in comparison to how, on other platforms, developers could expect very different graphic capabilities of generating HD-applicable high-resolution graphics,” explained Iwata.

“Other companies might launch a next-generation console with more power, but we don’t necessarily think that the difference between the Wii U and such console will be as drastic as what you felt it was between the Wii and the other consoles because there will be fewer and fewer differentiators in graphics… Naturally some consumers are very sensitive about such a small difference in graphics so that we will make efforts to make the most of the performance of the Wii U to keep up with technological innovations and not to make the system out-of-date soon.”

Nintendo has still not announced an official release date for the Wii U, but it is expected to launch later in 2012.