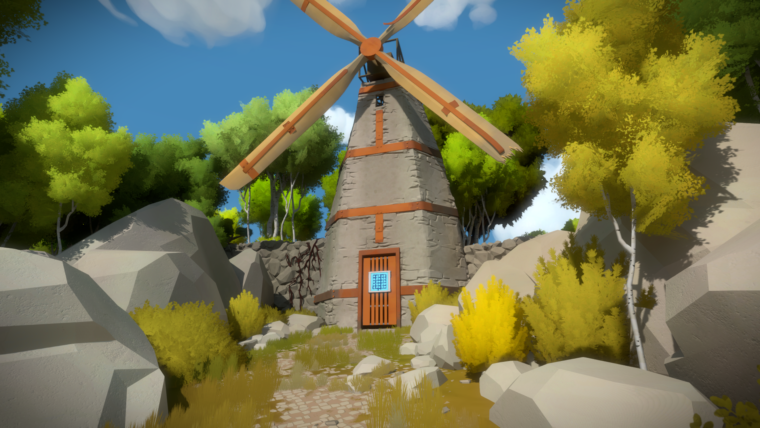 The Witness is the latest game from Jonathan Blow, the creator of indie hit Braid. The game has been touted as a PS4 exclusive, though a lot of the language surrounding this made it clear that the exclusivity was only for a limited time. It seems that this is totally confirmed now, and with a hint that that time window might not be that long, as the ESRB has rated The Witness for PS4, PC, and Xbox One.

A little bit of other info can be gleamed from the ESRB rating as well, though some might consider it minor spoilers. First up is that the game will be rated E for Everyone, so don’t expect too much, if any violence or strong language. However, there is mention of an “Alcohol Reference”, which seems pretty minor given the description.

The description reads “This is a puzzle-adventure game in which players traverse an island full of puzzles. Players must complete puzzles to trigger switches, bypass obstacles, and unlock doors/gates. Some lines of dialogue reference alcohol (e.g., “The whole universe is in a glass of wine” and “Let it give us one more final pleasure: drink it and forget it all!”).

Having the game already rated for Xbox One hints at a release some time soon, though it could just be getting things out of the way for the future. There has been no official word on an Xbox One version though, so it is likely the latter, with a release coming later this year, or even early next.