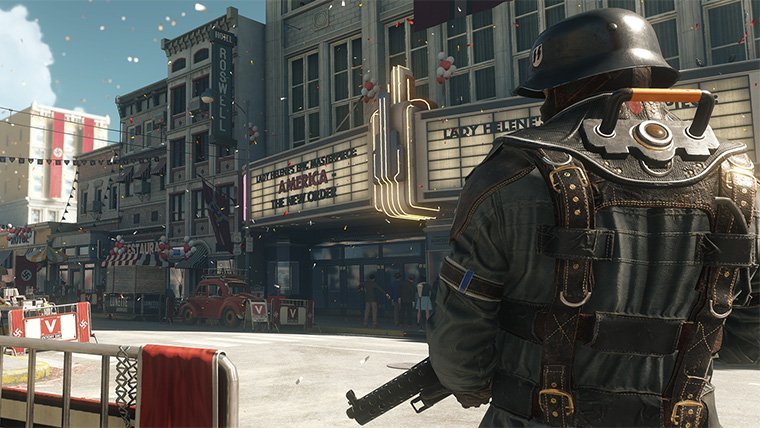 A new Wolfenstein game had been rumored earlier this week and confirmed tonight at Bethesda’s E3 presentation.  In Wolfenstein 2: The New Colossus America is under Nazi control and players will be sent across the country to iconic locations in the United States to take the war to the opressors.

Locations like Roswell, New Orleans, Manhattan, and others will be featured in the game as BJ Blazkowicz joins with a new resistance team to spark a new American Revolution.  Following the assassination of General Deathshead, the Nazis managed to push forward and win the war, Blazkowicz and crew are the only hopes to push back the Nazi war machine.

The original reboot of Wolfenstein and its downloadable content were highly praised upon release.  A combination of old-school gunplay, insane difficulty modes, great visuals and story, helped revive this long-running franchise.

Wolfenstein 2: The New Colossus is slated to release on October 27th, 2017 for Xbox One, PlayStation 4, and PC.